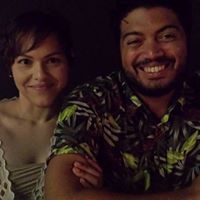 This will prevent Giselle from sending you messages, friend request or from viewing your profile. They will not be notified. Comments on discussion boards from them will be hidden by default.
Sign in to Goodreads to learn more about Giselle.

Giselle is currently reading
The Hacking of the American Mind: The Science Behind the Corporate Takeover of Our Bodies and Brains
by Robert H. Lustig
bookshelves: currently-reading

“The problem with borders, I was beginning to realize, isn't that they are monstrous, offensive, and unnatural constructions. The problem with borders is the same as the problem with evil that Hannah Arendt identified: their banality. We subconsciously accept them as part of the landscape--at least those of us privileged by them, granted meaningful passports--because they articulate our deepest, least exalted desires, for prestige and permanence, order and security, always at the cost of someone or something else. Borders reinforce the idea of the alien, the Other, stories separate and distinct from ourselves. But would such fictions continue to stand if most of us didn't agree with them, or at least quietly benefit from the inequalities they bolster? The barbed wire begins here, inside us, cutting through our very core.”
― Kate Harris
tags: borders, history, injustice, privilege, travel
1 likes

“Happiness is harder to put into words. It’s also harder to source, much more mysterious than anger or sorrow, which come to me promptly, whenever I summon them, and remain long after I’ve begged them to leave.”
― David Sedaris, Calypso
29 likes

“But when Polo travelled through the South Caucasus in the thirteenth century, he visited Silk Road territories long since vanished or metamorphosed, such as Lesser and Greater Hermenia, Turcomania, Georgiana, and Zorzania. 'Names are only the guests of reality,' the Chinese sage Hsu Yu noted in 2300 BCE, suggesting that borders are little more than collective myths--fictions that a certain number of people, for a certain period of time, believe are fact.”
― Kate Harris
tags: borders, history, travel
1 likes

“Another word I’ve added to “the list” is “conversation,” as in “We need to have a national conversation about_________.” This is employed by the left to mean “You need to listen to me use the word ‘diversity’ for an hour.” The right employs obnoxious terms as well—“libtard,” “snowflake,” etc.—but because they can be applied to me personally it seems babyish to ban them. I’ve outlawed “meds,” “bestie,” “bucket list,” “dysfunctional,” “expat,” “cab-sav,” and the verb “do” when used in a restaurant, as in “I’ll do the snails on cinnamon toast.” “Ugh,” Ronnie agrees. “Do!—that’s the worst.” “My new thing,” I told her, “is to look at the menu and say, ‘I’d like to purchase the veal chop.’” A lot of our outlawed terms were invented by black people and then picked up by whites, who held on to them way past their expiration date. “My bad,” for example, and “I’ve got your back” and “You go, girlfriend.” They’re the verbal equivalents of sitcom grandmothers high-fiving one another, and on hearing them, I wince and feel ashamed of my entire race.”
― David Sedaris, Calypso
4 likes

Polls voted on by Giselle