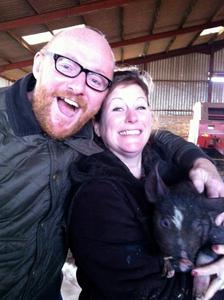 “Hitch: making rules about drinking can be the sign of an alcoholic,' as Martin Amis once teasingly said to me. (Adorno would have savored that, as well.) Of course, watching the clock for the start-time is probably a bad sign, but here are some simple pieces of advice for the young. Don't drink on an empty stomach: the main point of the refreshment is the enhancement of food. Don't drink if you have the blues: it's a junk cure. Drink when you are in a good mood. Cheap booze is a false economy. It's not true that you shouldn't drink alone: these can be the happiest glasses you ever drain. Hangovers are another bad sign, and you should not expect to be believed if you take refuge in saying you can't properly remember last night. (If you really don't remember, that's an even worse sign.) Avoid all narcotics: these make you more boring rather than less and are not designed—as are the grape and the grain—to enliven company. Be careful about up-grading too far to single malt Scotch: when you are voyaging in rough countries it won't be easily available. Never even think about driving a car if you have taken a drop. It's much worse to see a woman drunk than a man: I don't know quite why this is true but it just is. Don't ever be responsible for it.”
― Christopher Hitchens, Hitch 22: A Memoir
tags: adorno, advice, alcoholism, alochol, drinking, drowning-one-s-sorrows, drugs, drunk-driving, eating, food, hangovers, martin-amis, men, responsibility, rules, scotch, single-malt, whiskey, women
159 likes

“It is likely I will die next to a pile of things I was meaning to read.”
― Lemony Snicket
1890 likes

“America was never innocent. We popped our cherry on the boat over and looked back with no regrets. You can't ascribe our fall from grace to any single event or set of circumstances. You can't lose what you lacked at conception.”
― James Ellroy
tags: american-history
83 likes

“I do things like get in a taxi and say, "The library, and step on it.”
― David Foster Wallace, Infinite Jest
tags: books, infinite-jest
4176 likes

A list of largely pointless books by unknown authors