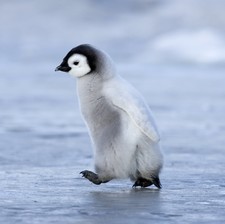 This will prevent Mizrob from sending you messages, friend request or from viewing your profile. They will not be notified. Comments on discussion boards from them will be hidden by default.
Sign in to Goodreads to learn more about Mizrob.

Mizrob A. is currently reading
Barbarian Migrations and the Roman West, 376-568
by Guy Halsall
bookshelves: currently-reading

Mizrob A. is currently reading
The Birth of the West: Rome, Germany, France, and the Creation of Europe in the Tenth Century
by Paul Collins
bookshelves: currently-reading

See all 530 books that Mizrob is reading…

“The Universe is full of dots. Connect the right ones and you can draw anything. The important question is not whether the dots you picked are really there, but why you chose to ignore all the others.”
― Russ Roberts, How Adam Smith Can Change Your Life: An Unexpected Guide to Human Nature and Happiness
15 likes

“Russell is reputed at a dinner party once to have said, ‘Oh, it is useless talking about inconsistent things, from an inconsistent proposition you can prove anything you like.’ Well, it is very easy to show this by mathematical means. But, as usual, Russell was much cleverer than this. Somebody at the dinner table said, 'Oh, come on!’ He said, 'Well, name an inconsistent proposition,’ and the man said, 'Well, what shall we say, 2 = 1.’ 'All right,’ said Russell, 'what do you want me to prove?’ The man said, 'I want you to prove that you’re the pope.’ 'Why,’ said Russell, 'the pope and I are two, but two equals one, therefore the pope and I are one.”
― Jacob Bronowski, The Origins of Knowledge and Imagination
tags: bertrand-russell, jacob-bronowski, logic, logical-inconsistency, math, philosophy
3 likes

“The ambition of domineering over the mind, is one of the strongest passions. A theologian, a missionary, or a partisan of any description, is always for conquering like a prince, and there are many more sects than there are sovereigns in the world…. I conclude, that every sensible man, every honest man, ought to hold Christianity in abhorrence. ‘The great name of Theist, which we can never sufficiently revere,’ is the only name we ought to adopt. The only gospel we should read is the grand book of nature, written with God’s own hand, and stamped with his own seal. The only religion we ought to profess is, 'to adore God, and act like honest men.’ It would be as impossible for this simple and eternal religion to produce evil, as it would be impossible for Christian fanaticism not to produce it…. But what shall we substitute in its place? say you. What? A ferocious animal has sucked the blood of my relatives. I tell you to rid yourselves of this beast, and you ask me what you shall put in its place! Is it you that put this question to me? Then you are a hundred times more odious than the Pagan Pontiffs, who permitted themselves to enjoy tranquility among their ceremonies and sacrifices, who did not attempt to enslave the mind by dogmas, who never disputed the powers of the magistrates, and who introduced no discord among mankind. You have the face to ask what you must substitute in the place of your fables!”
― Voltaire
tags: criticism, deism, philosophy, religion, theology
0 likes

“The deeply irrational attitude of each sex toward women may be seen in novels, particularly in bad novels. In bad novels by men, there is the woman with whom the author is in love, who usually possesses every charm, but is somewhat helpless, and requires male protection; sometimes, however, like Shakespeare’s Cleopatra, she is an object of exasperated hatred, and is thought to be deeply and desperately wicked. In portraying the heroine, the male author does not write from observation, but merely objectifies his own emotions. In regard to his other female characters, he is more objective, and may even depend upon his notebook; but when he is in love, his passion makes a mist between him and the object of his devotion. Women novelists, also, have two kinds of women in their books. One is themselves, glamorous and kind, and object of lust to the wicked and of love to the good, sensitive, highsouled, and constantly misjudged. The other kind is represented by all other women, and is usually portrayed as petty, spiteful, cruel, and deceitful. It would seem that to judge women without bias is not easy either for men or for women.”
― Bertrand Russell, An Outline of Intellectual Rubbish: A Hilarious Catalogue of Organized and Individual Stupidity
tags: bertrand-russell, men, philosophy, women
1 likes

“Religious suffering is, at one and the same time, the expression of real suffering and protest against real suffering. Religion is the sigh of the oppressed creature, the heart of a heartless world, and the soul of soulless conditions. It is the opium of the people. The abolition of religion as the illusory happiness of the people is the demand for their real happiness. To call on them to give up their illusions about their condition is to call on them to give up a condition that requires illusions. The criticism of religion is, therefore, in embryo, the criticism of that vale of tears of which religion is the halo. Criticism has plucked the imaginary flowers on the chain not in order that man shall continue to bear that chain without fantasy or conclusion, but so that he shall throw off the chain and pluck the living flower.”
― Karl Marx
tags: criticism, karl-marx, religion
1 likes

Mikhail Bulgakov
author of: The Master and Margarita

John Maynard Smith
author of: The Origins of Life: From the Birth of Life to the Origin of Language
More…

Help me get started with reading afresh

Polls voted on by Mizrob