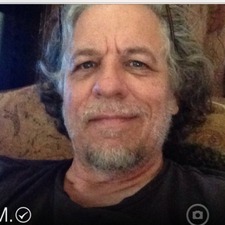 This will prevent Dey from sending you messages, friend request or from viewing your profile. They will not be notified. Comments on discussion boards from them will be hidden by default.
Sign in to Goodreads to learn more about Dey.

“If the world should blow itself up, the last audible voice would be that of an expert saying it can't be done.”
― Peter Ustinov
tags: humor, science
27 likes

“Be who you are and say what you feel, because those who mind don't matter, and those who matter don't mind.”
― Bernard M. Baruch
tags: ataraxy, be-yourself, confidence, fitting-in, individuality, misattributed-dr-seuss, those-who-matter
123018 likes

“The fanatical atheists are like slaves who are still feeling the weight of their chains which they have thrown off after hard struggle. They are creatures who—in their grudge against traditional religion as the "opium of the masses"—cannot hear the music of the spheres.”
― Albert Einstein
58 likes

Anthony Doerr
author of: All the Light We Cannot See

Polls voted on by Dey