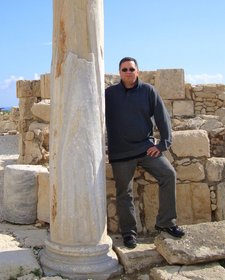 Todd Wilhelm said: " This is a much needed book on a subject that is critical to the life of a Christian, yet so misunderstood or ignored by many.

"Mark Jones's book offers a balanced treatment of the errors of antinomianism, not only as it surfaced among some seventeenth This is a much needed book on a subject that is critical to the life of a Christian, yet so misunderstood or ignored by many.

"Mark Jones's book offers a balanced treatment of the errors of antinomianism, not only as it surfaced among some seventeenth-century British and New England theologians, but also as it has resurfaced among some contemporary theologians. The strength of Jones's case lies in a nuanced definition of the error of antinomianism. Though in the popular imagination antinomianism is often simply identified with a denial of the positive role of God's moral law in the Christian life, Jones demonstrates that it includes a number of additional elements - a belittling of Christ's example of holiness as a pattern for the Christian life (imitatio Christi); a diminishment of the law of God as a true means of sanctification; an unbalanced conception of the relationship between law and gospel; a reluctance to acknowledge the biblical emphasis on rewards as a legitimate motive for Christian obedience; and a failure to recognize the role of good works as a secondary ground for the believer's assurance of salvation. But the principal strength of Jones's argument against antinomianism resides in his emphasis on the fullness of Christ's person and saving work. Jones shows how a proper understanding of the work of Christ includes the gospel benefits of free justification and progressive sanctification. In doing so, Jones nicely exposes one of the ironies of antinomianism - in the name of preserving the gospel, antinomianism typically truncates it."
-Cornelius P. Venema, President and Professor of Doctrinal Studies, Mid-America Reformed Seminary
From the endorsements in the front of the book.

"This book aims to move us beyond the notion that antinomians deny that God's moral law is binding on Christians in the new covenant. While they may deny that the threefold us of the law is biblical, or that the law of Moses has been replaced with the law of Christ, few theologians, pastors, or Christian laypersons would deny the plain teaching of Ephesians 6:1-3, where children are told to obey their parents in the Lord. There are literally hundreds of imperatives in the New Testament. For that reason, the idea that people are against God's law (hence, "antinomian"), however that is conceived, may seem like much ado about nothing in Bible-believing circles, particularly in Reformed and Presbyterian churches."
-Preface

"The solution to antinomianism must be to understand and love the person and work of Christ... If Christ understood that his obedience pleased his Father, as well as that disobedience would have displeased him, then Christians must likewise acknowledge that the same is true for them. The stakes were infinitely higher for Christ - our salvation depended on his perfect obedience - but the principle remains true for his people.

Its first function is to be a mirror reflecting to us both the perfect righteousness of God and our own sinfulness and shortcomings. As Augustine wrote, “the law bids us, as we try to fulfill its requirements, and become wearied in our weakness under it, to know how to ask the help of grace.” The law is meant to give knowledge of sin (Rom. 3:20; 4:15; 5:13; 7:7-11), and by showing us our need of pardon and our danger of damnation to lead us in repentance and faith to Christ (Gal. 3:19-24).

A second function, the “civil use,” is to restrain evil. Though the law cannot change the heart, it can to some extent inhibit lawlessness by its threats of judgement, especially when backed by a civil code that administers punishment for proven offenses (Deut. 13:6-11; 19:16-21; Rom. 13:3, 4). Thus it secures civil order, and serves to protect the righteous from the unjust.

Its third function is to guide the regenerate into the good works that God has planned for them (Eph. 2:10). The law tells God’s children what will please their heavenly Father. It could be called their family code. Christ was speaking of this third use of the law when He said that those who become His disciples must be taught to do all that He had commanded (Matt. 28:20), and that obedience to His commands will prove the reality of one’s love for Him (John 14:15). The Christian is free from the law as a system of salvation (Rom. 6:14; 7:4, 6; 1 Cor. 9:20; Gal. 2:15-19, 3:25), but is “under the law of Christ” as a rule of life (1 Cor. 9:21; Gal. 6:2).”
- http://www.ligonier.org/blog/threefol... ...more "
progress:    (page 112 of 192) ""As someone with some scholarly acquaintance with post-Reformation Reformed theology, particularly in the area of Puritanism, I have been dismayed at some of the theology that passes as Reformed, when in fact it has collollaries to seventeenth-century antinomianism."" — Apr 26, 2014 09:14AM

Todd Wilhelm is currently reading
The Lord's Supper as a Means of Grace: More Than a Memory
by Richard C. Barcellos
bookshelves: currently-reading

“Unpopular ideas can be silenced, and inconvenient facts kept dark, without the need for any official ban. Anyone who has lived long in a foreign country will know of instances of sensational items of news — things which on their own merits would get the big headlines-being kept right out of the British press, not because the Government intervened but because of a general tacit agreement that ‘it wouldn’t do’ to mention that particular fact. So far as the daily newspapers go, this is easy to understand. The British press is extremely centralised, and most of it is owned by wealthy men who have every motive to be dishonest on certain important topics. But the same kind of veiled censorship also operates in books and periodicals, as well as in plays, films and radio. At any given moment there is an orthodoxy, a body of ideas which it is assumed that all right-thinking people will accept without question. It is not exactly forbidden to say this, that or the other, but it is ‘not done’ to say it, just as in mid-Victorian times it was ‘not done’ to mention trousers in the presence of a lady. Anyone who challenges the prevailing orthodoxy finds himself silenced with surprising effectiveness. A genuinely unfashionable opinion is almost never given a fair hearing, either in the popular press or in the highbrow periodicals.”
― George Orwell, Animal Farm
tags: freedom-of-the-press, manufacturing-consent, propaganda
37 likes

“A man can know his father, or his son, and there might still be nothing between them but loyalty and love and mutual incomprehension.”
― Marilynne Robinson, Gilead
tags: relationships
101 likes

“Sometimes when she told stories about the past her eyes would get teary from all the memories she had, but they weren't tears. She wasn't crying. They were just the memories, leaking out.”
― Ruth Ozeki, A Tale for the Time Being
313 likes

“No one should be surprised at the difficulty of faith, if there is some part of his life where he is consciously resisting or disobeying the commandment of Jesus. Is there some part of your life which you are refusing to surrender at his behest, some sinful passion, maybe, or some animosity, some hope, perhaps your ambition or your reason? ... How can you hope to enter into communion with him when at some point in your life you are running away from him?”
― Dietrich Bonhoeffer, The Cost of Discipleship
tags: belief, christianity, communion, doubt, faith, forgiveness, obedience, surrender
15 likes