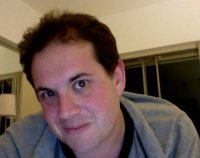 This will prevent Russ from sending you messages, friend request or from viewing your profile. They will not be notified. Comments on discussion boards from them will be hidden by default.
Sign in to Goodreads to learn more about Russ.

Russ Hanser is currently reading
Happier Hour: How to Beat Distraction, Expand Your Time, and Focus on What Matters Most
by Cassie Holmes (Goodreads Author)
bookshelves: currently-reading

Russ Hanser is currently reading
Spy: The Inside Story of How the FBI's Robert Hanssen Betrayed America
by David Wise
bookshelves: currently-reading

“Time is the one thing that can’t be stopped. Like a sharp blade, it silently cuts through hard and soft, constantly advancing. Nothing is capable of jolting it even the slightest bit, but it changes everything. The”
― Liu Cixin, The Dark Forest
1 likes

“The day’s most notable clash occurred when a group of pacifists visited Lodge, an acerbic Boston Brahmin with a white beard. Lodge was an enthusiastic proponent of war who thought Wilson weak-willed, snorting contemptuously at the president’s call for “peace without victory” of a few months earlier. When the senator stepped into the hallway outside his office to meet the pacifist delegation, its spokesman, Alexander Bannwart, a former minor-league baseball player, attacked Lodge’s enthusiasm for war. The senator was furious. “National degeneracy and cowardice are worse than war!” he told Bannwart, who retorted, “Anyone who wants to go to war is a coward! You’re a damned coward!” This was too much for the 67-year-old Lodge, who shouted, “You’re a damned liar!” and punched Bannwart, 36, to the floor. Bannwart fought back, slamming Lodge against a closed door. Office workers, police, and even a passing Western Union messenger joined the melee in defense of the senator. Lodge triumphantly yelled, “I’m glad I hit him first!” but it was the bloodied Bannwart whom the police hauled away in a paddy wagon.”
― Adam Hochschild, American Midnight: The Great War, a Violent Peace, and Democracy's Forgotten Crisis
0 likes

“Immediately upon entering Washington, we made a wrong turn in the heavy traffic, and while my mother was trying to read the road map and direct my father to our hotel, there appeared before us the biggest white thing I had ever seen. Atop an incline at the end of the street stood the U.S. Capitol, the broad stairs sweeping upward to the colonnade and capped by the elaborate three-tiered dome. Inadvertently, we had driven right to the very heart of American history, and whether we knew it in so many words, it was American history, delineated in its most inspirational form, that we were counting on to protect us against Lindbergh.”
― Philip Roth, The Plot Against America
0 likes

“What do we find overall, then, when we compare inequalities in the different versions of capitalism? In all six aspects examined here, liberal meritocratic capitalism displays features that enhance inequality. It differs from classical capitalism most distinctively in the feature that capital-rich individuals are also labor-rich, and probably also in greater assortative mating. It differs significantly from social-democratic capitalism in several respects: it exhibits a rising aggregate share of capital in net income, it has labor-rich capitalists, it almost certainly has a greater prevalence of assortative mating, and it most likely has greater intergenerational transmission of inequality.”
― Branko Milanović, Capitalism, Alone: The Future of the System That Rules the World
0 likes

“Medieval Spaniards were tossed by the Muslim conquest into an ocean of clashing religious cultures and were utterly ill-equipped by modern standards to navigate such uncharted waters. Most Americans understand that there are many religions in the world, have considered the virtues of religious tolerance, and have been exposed to the principle of church separated from state. Such notions were as alien to the medieval mind as Einstein’s theory of relativity. Yet, at their best, these medieval Spaniards somehow accommodated each other’s beliefs and lifestyles in ways that humanity’s later (and supposedly more enlightened) generations have often been hard-pressed to match, much less surpass. Medieval”
― Christopher Lowney, A Vanished World: Medieval Spain's Golden Age of Enlightenment
0 likes

Polls voted on by Russ