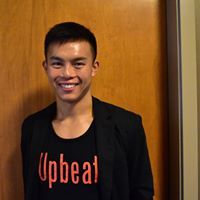 This will prevent David from sending you messages, friend request or from viewing your profile. They will not be notified. Comments on discussion boards from them will be hidden by default.
Sign in to Goodreads to learn more about David.

David Tran is currently reading
The Art of Gathering: How We Meet and Why It Matters
by Priya Parker
bookshelves: currently-reading

“There are some things that can’t be explained in this life,” Menshiki went on, “and some others that probably shouldn’t be explained. Especially when putting them into words ignores what is most crucial.”
― Haruki Murakami, Killing Commendatore
8 likes

“Just as a great poet can use one scene to bring another new, unknown vista into view. It should be obvious, but the best metaphors make the best poems.”
― Haruki Murakami, Killing Commendatore
2 likes

“My interest has always been in the place where sex and race are both obscenely conspicuous and yet consciously suppressed, largely because of the liminal place that the Asian man occupies in the midst of it: an “honorary white” person who will always be denied the full perquisites of whiteness; an entitled man who will never quite be regarded or treated as a man; a nominal minority whose claim to be a “person of color” deserving of the special regard reserved for victims is taken seriously by no one. In an age characterised by the politics of resentment, the Asian man knows something of the resentment of the embattled white man besieged on all sides by grievances and demands for reparation, and something of the resentments of the rising social justice warrior, who feels with every fibre of their being that all that stands in the way of the attainment of their thwarted ambitions is nothing so much as a white man. Tasting of the frustrations of both, he is denied the entitlements of either.”
― Wesley Yang, The Souls of Yellow Folk: Essays
tags: asian, asian-american, race, race-in-america
4 likes

“I am here to keep becoming truer, more beautiful versions of myself again and again forever. To be alive is to be in a perpetual state of revolution. Whether I like it or not, pain is the fuel of revolution. Everything I need to become the woman I’m meant to be next is inside my feelings of now. Life is alchemy, and emotions are the fire that turns me to gold. I will continue to become only if I resist extinguishing myself a million times a day. If I can sit in the fire of my own feelings, I will keep becoming.”
― Glennon Doyle, Untamed
59 likes

“You know those short, brown-toned South American immigrants that pick your fruit, slaughter your meat, and bus your tables? Would you—a respectable person with a middle-class upbringing—ever consider going on a date with one of them? It's a rude question, because it affects to inquire into what everyone gets to know at the cost of forever leaving it unspoken. But if you were to put your unspoken thoughts into words, they might sound something like this: Not only are these people busing the tables, slaughtering the meat, and picking the fruit; they are the descendants of the people who bused the tables, slaughtered the meat, and picked the fruit of the Aztecs and Incas. The Spanish colonisers slaughtered or mixed their blood with the princes, priests, scholars, artisans, warriors, and beautiful women of the indigenous Americas, leaving untouched a class of Morlocks bred for good-natured servility and thus now tailor-made to the demands of an increasingly feudal postindustrial America. That's, by the way, part of the undertow of the immigration debate, the thing that makes an honest appraisal of the issue impossible, because you can never put anything right without first admitting you're in the wrong.”
― Wesley Yang, The Souls of Yellow Folk
tags: immigration, race
1 likes

Polls voted on by David