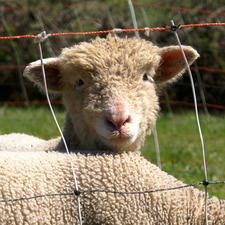 This will prevent Tanya from sending you messages, friend request or from viewing your profile. They will not be notified. Comments on discussion boards from them will be hidden by default.
Sign in to Goodreads to learn more about Tanya.

Tanya b is currently reading
Positive Intelligence: Why Only 20% of Teams and Individuals Achieve Their True Potential and How You Can Achieve Yours
by Shirzad Chamine
bookshelves: currently-reading

“Unlike criticism, contempt is particularly toxic because it assumes a moral superiority in the speaker. Contempt is often directed at people who have been excluded from a group or declared unworthy of its benefits. Contempt is often used by governments to provide rhetorical cover for torture or abuse. Contempt is one of four behaviors that, statistically, can predict divorce in married couples. People who speak with contempt for one another will probably not remain united for long. The”
― Sebastian Junger, Tribe: On Homecoming and Belonging
17 likes

“Guess that's where the tears came from, knowing that there's so much in this great big world that you don't have a single ounce of control over. Guess the sooner you learn that, the sooner you'll have one less heartbreak in your life.”
― Jacqueline Woodson, Red at the Bone
tags: life, reality, truths
29 likes

“Time comes to us softly, slowly. It sits beside us for a while. Then, long before we are ready, it moves on.”
― Jacqueline Woodson, If You Come Softly
80 likes

“Even the silence
has a story to tell you.
Just listen. Listen.”
― Jacqueline Woodson, Brown Girl Dreaming

Polls voted on by Tanya