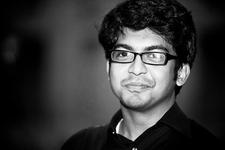 This will prevent Mehdi from sending you messages, friend request or from viewing your profile. They will not be notified. Comments on discussion boards from them will be hidden by default.
Sign in to Goodreads to learn more about Mehdi .

“Now, here, you see, it takes all the running you can do, to keep in the same place. If you want to get somewhere else, you must run at least twice as fast as that!”
― Lewis Carroll, Alice Through the Looking Glass
tags: humor
303 likes

“Some have argued that because the universe is like a clock, there must be a Clockmaker. As the eighteenth-century British empiricist David Hume pointed out, this is a slippery argument, because there is nothing that is really perfectly analogous to the universe as a whole, unless it's another universe, so we shouldn't try to pass off anything that is just a part of this universe. Why a clock anyhow? Hume asks. Why not say the universe is analogous to a kangaroo? After all, both are organically interconnected systems. But the kangaroo analogy would lead to a very different conclusion about the origin of the universe: namely, that it was born of another universe after that universe had sex with a third universe. ”
― Thomas Cathcart, Plato and a Platypus Walk Into a Bar: Understanding Philosophy Through Jokes
24 likes

Polls voted on by Mehdi