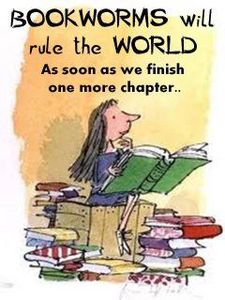 “Codex. I have written before on the curvature of metals, and the reflections of light that may be done with such. The simplest use is a mirror, which reflects light upon the viewer. But light may also be concentrated in a series of highly polished mirrors, sending it from one surface to another to another, until the light is so bright and it becomes a solid thing, like a beam of fire. I have achieved this effect upon three occasions. With one, I used mirrors the size of shields, and was able to set alight a distant tree, which burned as if Zeus himself had cast down lightning upon it. In the second case, I used a finely polished set of jewels loaned to me by the gracious hand of Pharaoh, and the result was much stronger, and much smaller in width. Upon the third attempt, I seated these highly polished gems within an array of holders, precisely set to amplify the light, and contained it within a tube of brass. This attempt, shown before Pharaoh, melted through seven feet of thick, hardened iron, to the awe and terror of his court. It is the power of Apollo contained within mortal hands, and by the order of Pharaoh, I have been ordered not to continue these experiments, for the gods will not share such wonders without punishment. The will of Pharaoh is ever wise. CHAPTER FOUR Working with Thomas was like being a student playing next to a master pianist.”
― Rachel Caine, Ash and Quill
1 likes

“Opal was glad to see he was slowly turning his ship toward the shore of solutions.”
― Maggie Stiefvater, Opal
7 likes

“Because when next we meet in your Christian heaven or my pagan afterlife, or some shadowy, hidden corner where those two may touch, I want to hear that you lived a long and happy life after me. That you did as you liked, and loved as you liked, and left the world shattered and empty in your wake.”
― Rachel Caine, Ash and Quill
2 likes

“To all those who face change without fear. Go forward. To the ever-transforming glory of the public library, without which we would all be diminished. No one with a book is ever alone, even in the darkest moments. We are all book lovers. And we all chase the Great Library of Alexandria, one book at a time.”
― Rachel Caine, Ash and Quill
4 likes

YA Paranormal and Fantasy Book lovers — 2479 members — last activity Jan 22, 2020 03:15AM
For all those who LOVE PC CAST, LJ Smith, Melissa Marr, Richelle Mead, JK Rowling...and many many more then this is the site for you!

Ally Carter
author of: I'd Tell You I Love You, But Then I'd Have to Kill You

Maite Carranza
author of: War of the Witches
More…