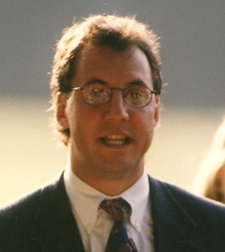 This will prevent Dan from sending you messages, friend request or from viewing your profile. They will not be notified. Comments on discussion boards from them will be hidden by default.
Sign in to Goodreads to learn more about Dan.

“Natural for you, perfectly natural,” the Professor whispered. “Natural to refuse the key that is given. To be blind in the darkness of knowing. To be filled with a dark light that we must shine on the people around us. A light that makes us weep and pull down our own houses.”
― Timothy Taylor, Stanley Park
1 likes

“For we live with those retrievals from childhood that coalesce and echo throughout our lives, the way shattered pieces of glass in a kaleidoscope reappear in new forms and are songlike in their refrains and rhymes, making up a single monologue. We live permanently in the recurrence of our own stories, whatever story we tell.”
― Michael Ondaatje, Divisadero
tags: life
106 likes

“The intellect is of no use unless it’s disciplined by the mortification of the flesh, so that it may serve the soul. That’s all. The intellect thinks. The body dances. And the spirit sings. A song, a simple song. When love and memory are overwhelming, and the soul, though crushed, takes flight, it does so in a simple song.”
― Mark Helprin, A Soldier of the Great War
10 likes

“For the first time in his life, he stopped worrying about results, and as a consequence the terms “success” and “failure” had suddenly lost their meaning for him. The true purpose of art was not to create beautiful objects, he discovered. It was a method of understanding, a way of penetrating the world and finding one’s place in it, and whatever aesthetic qualities an individual canvas might have were almost an incidental by-product of the effort to engage oneself in this struggle, to enter into the thick of things.”
― Paul Auster, Moon Palace
tags: art
29 likes

“Tengo knew that time could become deformed as it moved forward. Time itself was uniform in composition, but once consumed, it took on a deformed shape. One period of time might be terribly heavy and long, while another could be light and short. Occasionally the order of things could be reversed, and in the worst cases order itself could vanish entirely. Sometimes things that should not be there at all might be added onto time. By adjusting time this way to suit their own purposes, people probably adjusted the meaning of their existences. In other words, by adding such operations to time, they were able—but just barely—to preserve their own sanity. Surely, if a person had to accept the time through which he had just passed uniformly in the given order, his nerves could not bear the strain. Such a life, Tengo felt, would be sheer torture.”
― Haruki Murakami, 1Q84
7 likes

Polls voted on by Dan