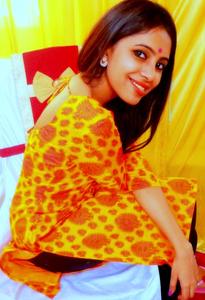 This will prevent Udita from sending you messages, friend request or from viewing your profile. They will not be notified. Comments on discussion boards from them will be hidden by default.
Sign in to Goodreads to learn more about Udita.

Udita is currently reading
Kafka on the Shore
by Haruki Murakami
bookshelves: currently-reading

Udita is currently reading
The Curious Incident of the Dog in the Night-Time
by Mark Haddon
bookshelves: currently-reading

“You don’t forget the face of the person who was your last hope.”
― Suzanne Collins, The Hunger Games
tags: the-hunger-games
18547 likes

“Deep in the meadow, hidden far away
A cloak of leaves, a moonbeam ray
Forget your woes and let your troubles lay
And when it's morning again, they'll wash away
Here it's safe, here it's warm
Here the daisies guard you from every harm
Here your dreams are sweet and tomorrow brings them true
Here is the place where I love you.”
― Suzanne Collins, The Hunger Games
tags: katniss, rue, song
8632 likes

“Remember, we're madly in love, so it's all right to kiss me anytime you feel like it.”
― Suzanne Collins, The Hunger Games
tags: humor
17688 likes

“I'm coming back into focus when Caesar asks him if he has a girlfriend back home. Peeta hesitates, then gives an unconvincing shake of his head.

Handsome lad like you. There must be some special girl. Come on, what’s her name?" says Caesar.

Peeta sighs. "Well, there is this one girl. I’ve had a crush on her ever since I can remember. But I’m pretty sure she didn’t know I was alive until the reaping."

Sounds of sympathy from the crowd. Unrequited love they can relate to.

She have another fellow?" asks Caesar.

I don’t know, but a lot of boys like her," says Peeta.

So, here’s what you do. You win, you go home. She can’t turn you down then, eh?" says Caesar encouragingly.

I don’t think it’s going to work out. Winning...won’t help in my case," says Peeta.

Why ever not?" says Caesar, mystified.

Polls voted on by Udita