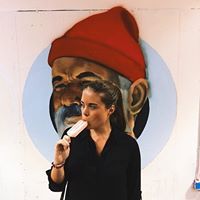 This will prevent Maren from sending you messages, friend request or from viewing your profile. They will not be notified. Comments on discussion boards from them will be hidden by default.
Sign in to Goodreads to learn more about Maren.

Maren Bjørgum is currently reading
The Edge of the World: A Cultural History of the North Sea and the Transformation of Europe
by Michael Pye
bookshelves: currently-reading

Maren Bjørgum is currently reading
The Lords of the North (The Last Kingdom, #3)
by Bernard Cornwell (Goodreads Author)
bookshelves: currently-reading

See all 6 books that Maren is reading…

“If Korea were a person, it would be diagnosed as a neurotic, with both an inferiority and a superiority complex.”
― Euny Hong, The Birth of Korean Cool: How One Nation is Conquering the World Through Pop Culture
tags: humor, korea, neurotic
6 likes

“But people do things to survive, and then after they survive, they can't live with what they've done.”
― Adam Johnson, The Orphan Master's Son
90 likes

“Of what use is a philosopher who doesn't hurt anybody's feelings?”
― Diogenes of Sinope
tags: feelings, offend, offense, philosopher, philosophers, philosophy
100 likes

“But we would do well to meditate daily, rather as the religious do on their God, on the 9.5 trillion kilometres which comprise a single light year, or perhaps on the luminosity of the largest known star in our galaxy, Eta Carinae, 7,500 light years distant, 400 times the size of the sun and 4 million times as bright. We should punctuate our calendars with celebrations in honour of VY Canis Majoris, a red hypergiant in the constellation Canis Major, 5,000 light years from earth and 2,100 times bigger than our sun. Nightly – perhaps after the main news bulletin – we might observe a moment of silence in order to contemplate the 200 to 400 billion stars in our galaxy, the 100 billion galaxies and the 3 septillion stars in the universe. Whatever their value may be to science, the stars are in the end no less valuable to mankind as solutions to our megalomania, self-pity and anxiety. To answer our need to be repeatedly connected through our senses to ideas of transcendence, we should insist that a percentage of all prominently positioned television screens on public view be hooked up to live feeds from the transponders of our extraplanetary telescopes. We would then be able to ensure that our frustrations, our broken hearts, our hatred of those who haven’t called us and our regrets over opportunities that have passed us by would continuously be rubbed up against, and salved by, images of galaxies such as Messier 101, a spiral structure which sits towards the bottom left corner of the constellation Ursa Major, 23 million light years away, majestically unaware of everything we are and consolingly unaffected by all that tears us apart.”
― Alain de Botton, Religion for Atheists: A Non-Believer's Guide to the Uses of Religion
6 likes

Anne Rice
author of: Interview with the Vampire
More…

Polls voted on by Maren