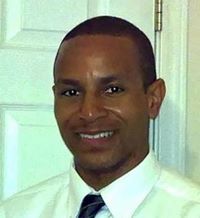 This will prevent Reginald from sending you messages, friend request or from viewing your profile. They will not be notified. Comments on discussion boards from them will be hidden by default.
Sign in to Goodreads to learn more about Reginald.

“To put it bluntly but fairly, anyone today who doubts that the variety of life on this planet was produced by a process of evolution is simply ignorant—inexcusably ignorant, in a world where three out of four people have learned to read and write.”
― Daniel C. Dennett, Darwin's Dangerous Idea: Evolution and the Meanings of Life
tags: biology, creationism, evolution, science
26 likes

“. . . have not some religions, including the most influential forms of Christianity, taught that the heart of man is totally corrupt? How could the course of religion in its entire sweep not be marked by practices that are shameful in their cruelty and lustfulness, and by beliefs that are degraded and intellectually incredible? What else than what we can find could be expected, in the case of people having little knowledge and no secure method of knowing; with primitive institutions, and with so little control of natural forces that they lived in a constant state of fear?”
― John Dewey, Intelligence in the Modern World
tags: christianity, corrupt, cruelty, fear, heart, knowledge, primitive, religion, shame, superstition
4 likes

“One of the saddest lessons of history is this: If we’ve been bamboozled long enough, we tend to reject any evidence of the bamboozle. We’re no longer interested in finding out the truth. The bamboozle has captured us. It’s simply too painful to acknowledge, even to ourselves, that we’ve been taken. Once you give a charlatan power over you, you almost never get it back.”
― Carl Sagan, The Demon-Haunted World: Science as a Candle in the Dark
tags: aristocracy, capitalism, corruption, government, history, oppression, power, rationalization, society
1356 likes

“Be kind, for everyone you meet is fighting a battle you know nothing about.”
― Wendy Mass, The Candymakers
tags: kindness
402 likes

Polls voted on by Reginald