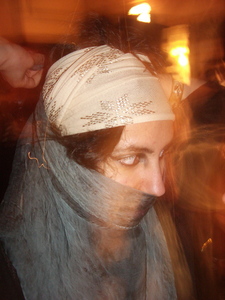 This will prevent Sophiaalmaria from sending you messages, friend request or from viewing your profile. They will not be notified. Comments on discussion boards from them will be hidden by default.
Sign in to Goodreads to learn more about Sophiaalmaria.

Sophiaalmaria said: " Reminds me of Child of God the McCarthy book. Amazink! "

“We write to taste life twice, in the moment and in retrospect.”
― Anais Nin
tags: anais-nin, qoutes-on-writing, writing
9371 likes

“Cyclical time already dominates the experience of nomadic populations because they find the same conditions repeated at every moment of their journey: Hegel notes that “the wandering of nomads is only formal because it is limited to uniform spaces.” The society which, by fixing itself in place locally, gives space a content by arranging individualized places, thus finds itself enclosed inside this localization. The temporal return to similar places now becomes the pure return of time in the same place, the repetition of a series of gestures. The transition from pastoral nomadism to sedentary agriculture is the end of the lazy liberty without content, the beg inning of labor. The agrarian mode of production in general, dominated by the rhythm of the seasons, is the basis for fully constituted cyclical time. Eternity is internal to it; it is the return of the same here on earth. Myth is the unitary construction of the thought which guarantees the entire cosmic order surrounding the order which this society has in fact already realized within its frontiers.”
― Debord
4 likes

“What happens: events interiors, snatch them from the cradle, from the source. I want to watch watching arrive. I want to watch arrivances. I want to find the root of needing to eat. And taste it: work of sweat / sleep.”
― Hélène Cixous
tags: rootprints
8 likes

“We should write as we dream; we should even try and write, we should all do it for ourselves, it’s very healthy, because it’s the only place where we never lie. At night we don’t lie. Now if we think that our whole lives are built on lying-they are strange buildings-we should try and write as our dreams teach us; shamelessly, fearlessly, and by facing what is inside very human being-sheer violence, disgust, terror, shit, invention, poetry. In our dreams we are criminals; we kill, and we kill with a lot of enjoyment. But we are also the happiest people on earth; we make love as we never make love in life.”
― Helene Cixous
tags: dreams, truth, violence, writing
179 likes

“The first treatise on the interior of the body, which is to say, the treatise that gave the body an interior , written by Henri De Mondeville in the fourteenth century, argues that the body is a house, the house of the soul, which like any house can only be maintained as such by constant surveillance of its openings. The woman’s body is seen as an inadequate enclosure because its boundaries are convoluted. While it is made of the same material as a man’s body, it has ben turned inside out. Her house has been disordered, leaving its walls full of openings. Consequently, she must always occupy a second house, a building to protect her soul. Gradually this sense of vulnerability to the exterior was extended to all bodies which were then subjected to a kind of supervision traditionally given to the woman. The classical argument about her lack of self-control had been generalized.”
― Mark Wigley
tags: architecture, feminism, paper
5 likes

Polls voted on by Sophiaalmaria