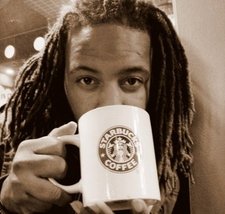 This will prevent Terrance from sending you messages, friend request or from viewing your profile. They will not be notified. Comments on discussion boards from them will be hidden by default.
Sign in to Goodreads to learn more about Terrance.

“And so seated next to my father in the train compartment, I suddenly asked, "Father, what is sexsin?"
He turned to look at me, as he always did when answering a question, but to my surprise he said nothing. At last he stood up, lifted his traveling case off the floor and set it on the floor.
Will you carry it off the train, Corrie?" he said.
I stood up and tugged at it. It was crammed with the watches and spare parts he had purchased that morning.
It's too heavy," I said.
Yes," he said, "and it would be a pretty poor father who would ask his little girl to carry such a load. It's the same way, Corrie, with knowledge. Some knowledge is too heavy for children. When you are older and stronger, you can bear it. For now you must trust me to carry it for you.”
― Corrie Ten Boom, The Hiding Place: The Triumphant True Story of Corrie Ten Boom
tags: childhood, father, knowledge
424 likes

Polls voted on by Terrance