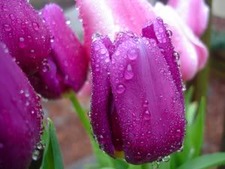 This will prevent AH from sending you messages, friend request or from viewing your profile. They will not be notified. Comments on discussion boards from them will be hidden by default.
Sign in to Goodreads to learn more about AH.

See all 4 books that AH is reading…

“I ONLY steal because my dear old family needs the money to live!”

Locke Lamora made this proclamation with his wineglass held high; he and the other Gentlemen Bastards were seated at the old witchwood table in the opulent burrow beneath the House of Perelandro; Calo and Galdo on his right, Jean and Bug on his left. A huge spread of food was set before them, and the celestial chandelier swung overhead with its familiar golden light. The others began to jeer.

“Liar!” they chorused in unison.

“I only steal because this wicked world won’t let me work an honest trade!” Calo cried, hoisting his own glass.

“I only steal because I have to support my poor lazy twin brother, whose indolence broke our mother’s heart!” Galdo elbowed Calo as he made this announcement.

“I only steal,” said Jean, “because I’ve temporarily fallen in with bad company.”

At last the ritual came to Bug; the boy raised his glass a bit shakily and yelled, “I only steal because it’s heaps of fucking fun!”

“I opened a writing app and began typing what I knew about Pierce.
Vain. Terminal fear of T-shirts or any other garment that would cover his pectorals.
Deadly. Doesn't hesitate to kill. Holding him at gunpoint would result in me being barbecued. Whee.
Likes burning things. Now here's an understatement. Good information to have, but not useful for finding him.
Antigovernment. Neither here nor there.
Hmm. So far my best plan would be to build a mountain of gasoline cans and explosives, stick a Property of US Government sign on it, and throw a T-shirt over Pierce's head when he showed up to explode it. Yes, this would totally work.”
― Ilona Andrews, Burn for Me

“As usual, I’m working with stuff that was deliberately designed not to burn. But no amount of careful design by NASA can get around a determined arsonist with a tank of pure oxygen.”
― Andy Weir, The Martian
141 likes

“He’s stuck out there. He thinks he’s totally alone and that we all gave up on him. What kind of effect does that have on a man’s psychology?” He turned back to Venkat. “I wonder what he’s thinking right now.”

“Remember, it’s all fun and games until somebody loses an eyeball, and then it’s, “Hey! free eyeball!” —T-SHIRT”
― Darynda Jones, Sixth Grave on the Edge
43 likes

Polls voted on by AH