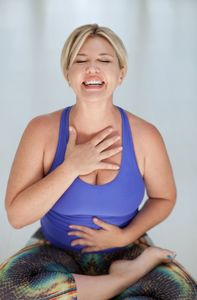 See all 18 books that Christine is reading…

“You own everything that happened to you. Tell your stories. If people wanted you to write warmly about them, they should've behaved better.”
― Anne Lamott, Bird by Bird: Some Instructions on Writing and Life
tags: authenticity, genuineness, honesty, kindness, self-awareness, truth-telling
100 likes

“I once spoke to someone who had survived the genocide in Rwanda, and she said to me that there was now nobody left on the face of the earth, either friend or relative, who knew who she was. No one who remembered her girlhood and her early mischief and family lore; no sibling or boon companion who could tease her about that first romance; no lover or pal with whom to reminisce. All her birthdays, exam results, illnesses, friendships, kinships—gone. She went on living, but with a tabula rasa as her diary and calendar and notebook. I think of this every time I hear of the callow ambition to 'make a new start' or to be 'born again': Do those who talk this way truly wish for the slate to be wiped? Genocide means not just mass killing, to the level of extermination, but mass obliteration to the verge of extinction. You wish to have one more reflection on what it is to have been made the object of a 'clean' sweep? Try Vladimir Nabokov's microcosmic miniature story 'Signs and Symbols,' which is about angst and misery in general but also succeeds in placing it in what might be termed a starkly individual perspective. The album of the distraught family contains a faded study of Aunt Rosa, a fussy, angular, wild-eyed old lady, who had lived in a tremulous world of bad news, bankruptcies, train accidents, cancerous growths—until the Germans put her to death, together with all the people she had worried about.”
― Christopher Hitchens, Hitch 22: A Memoir
tags: angst, anonymity, born-again, clean-slate, extinction, family, genocide, germans, misery, nabokov, nazis, rwanda, rwandan-genocide, short-stories, signs-and-symbols, survivors
188 likes