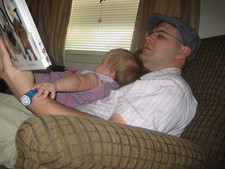 Matt Bucher is currently reading
The Psychopath Test: A Journey Through the Madness Industry
by Jon Ronson
bookshelves: currently-reading

Matt Bucher is currently reading
It Starts with Trouble: William Goyen and the Life of Writing
by Clark Davis
bookshelves: currently-reading

Matt Bucher is currently reading
Fire in the Ashes: Twenty-Five Years Among the Poorest Children in America
by Jonathan Kozol
bookshelves: currently-reading

“If, by the virtue of charity or the circumstance of desperation, you ever chance to spend a little time around a Substance-recovery halfway facility like Enfield MA’s state-funded Ennet House, you will acquire many exotic new facts…

That certain persons simply will not like you no matter what you do.

That sleeping can be a form of emotional escape and can with sustained effort be abused. That purposeful sleep-deprivation can also be an abusable escape.

That you do not have to like a person in order to learn from him/her/it. That loneliness is not a function of solitude. That logical validity is not a guarantee of truth. That it takes effort to pay attention to any one stimulus for more than a few seconds. That boring activities become, perversely, much less boring if you concentrate intently on them. That if enough people in a silent room are drinking coffee it is possible to make out the sound of steam coming off the coffee. That sometimes human beings have to just sit in one place and, like, hurt. That you will become way less concerned with what other people think of you when you realize how seldom they do. That there is such a thing as raw, unalloyed, agendaless kindness.

That it is possible to fall asleep during an anxiety attack.

That concentrating intently on anything is very hard work.

That 99% of compulsive thinkers’ thinking is about themselves; that 99% of this self-directed thinking consists of imagining and then getting ready for things that are going to happen to them; and then, weirdly, that if they stop to think about it, that 100% of the things they spend 99% of their time and energy imagining and trying to prepare for all the contingencies and consequences of are never good. In short that 99% of the head’s thinking activity consists of trying to scare the everliving shit out of itself. That it is possible to make rather tasty poached eggs in a microwave oven. That some people’s moms never taught them to cover up or turn away when they sneeze. That the people to be the most frightened of are the people who are the most frightened. That it takes great personal courage to let yourself appear weak. That no single, individual moment is in and of itself unendurable.

That other people can often see things about you that you yourself cannot see, even if those people are stupid. That having a lot of money does not immunize people from suffering or fear. That trying to dance sober is a whole different kettle of fish.

That, perversely, it is often more fun to want something than to have it.

That if you do something nice for somebody in secret, anonymously, without letting the person you did it for know it was you or anybody else know what it was you did or in any way or form trying to get credit for it, it’s almost its own form of intoxicating buzz.

That anonymous generosity, too, can be abused.

That it is permissible to want.

That everybody is identical in their unspoken belief that way deep down they are different from everyone else. That this isn’t necessarily perverse.

That there might not be angels, but there are people who might as well be angels.”
― David Foster Wallace, Infinite Jest
149 likes

“What goes on inside is just too fast and huge and all interconnected for words to do more than barely sketch the outlines of at most one tiny little part of it at any given instant.”
― David Foster Wallace, Oblivion: Stories
tags: beautiful-sadness, et-cetera-et-cetera, good-old-neon
363 likes