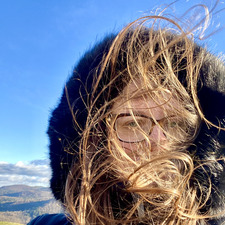 “I used to think it bordered on tragedy the way families lose touch, the way people sever ties, putting a pretty place to live above being together. But now I realize that's just how people like it. They don't always want to be together.”
― Paula Daly, Just What Kind of Mother Are You?
6 likes

“And then we would sit and watch as the first hint of sunlight, a light tinge of day blue, would leak out of the eastern horizon, slowly erasing the stars. The day sky would spread wide and high, until the first ray of the sun made an appearance. The morning commuters began to animate the distant South Lake Tahoe roads. But craning your head back, you could see the day’s blue darken halfway across the sky, and to the west, the night remained yet unconquered – pitch-black, stars in full glimmer, the full moon still pinned in the sky. To the east, the full light of day beamed toward you; to the west, night reigned with no hint of surrender. No philosopher can explain the sublime better than this, standing between day and night. It was as if this were the moment God said, “Let there be light!” You could not help but feel your specklike existence against the immensity of the mountain, the earth, the universe, and yet still feel your own two feet on the talus, reaffirming your presence amid the grandeur.”
― Paul Kalanithi
0 likes

“It was supposed to say "Great Artist" on my tombstone, but if I died right now it would say "such a good teacher/daughter/friend" instead; and what I really want to shout, and want in big letters on that grave, too, is FUCK YOU ALL.”
― Claire Messud, The Woman Upstairs
tags: humor, humour, humourosly-inspirational, strength, stress, women
1 likes

People Jasa (Lost i... is Following

Polls voted on by Jasa (Lost in Plots)