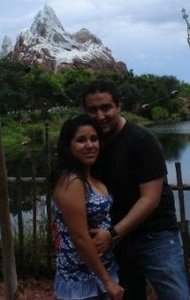 This will prevent Oscar from sending you messages, friend request or from viewing your profile. They will not be notified. Comments on discussion boards from them will be hidden by default.
Sign in to Goodreads to learn more about Oscar.

Oscar is currently reading
Plato at the Googleplex: Why Philosophy Won't Go Away
by Rebecca Goldstein
bookshelves: currently-reading, philosophy

“In Mere Christianity, C. S. Lewis argues that human beings cannot be truly good or moral without faith in God and without submis- sion to the will of Christ. Unfortunately, Lewis does not provide any actual data for his assertions. They are nothing more than the mild musings of a wealthy British man, pondering the state of humanity’s soul between his sips of tea. Had Lewis actually famil- iarized himself with real human beings of the secular sort, per- haps sat and talked with them, he would have had to reconsider this notion. As so many apostates explained to me, morality is most certainly possible beyond the confines of faith. Can people be good without God? Can a moral orientation be sustained and developed outside of a religious context? The answer to both of these questions is a resounding yes.”
― Phil Zuckerman, Faith No More: Why People Reject Religion
tags: agnosticism, atheism, ethics, morality, morals, religion, science, secularity
9 likes

“All religions are good 'in principle' - but unfortunately this abstract Good has only rarely prevented their practitioners from behaving like bastards.”
― Paul Karl Feyerabend, Farewell to Reason
tags: abstraction, goodness, religion
19 likes

Polls voted on by Oscar