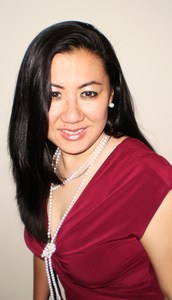 This will prevent Lisa from sending you messages, friend request or from viewing your profile. They will not be notified. Comments on discussion boards from them will be hidden by default.
Sign in to Goodreads to learn more about Lisa.

Lisa Green is currently reading
Being Wrong: Adventures in the Margin of Error
by Kathryn Schulz (Goodreads Author)
bookshelves: currently-reading

“This possibility was not flattering to me; it was terrifying. There were other things a guy could think I was, and he wouldn't be entirely wrong - nice, or loyal, or maybe interesting. Not that I was always any of those thing, but in certain situations, it was conceivable. But to be seen as pretty was to be fundamentally misunderstood. First of all, I wasn't pretty, and on top of that I didn't take care of myself like a pretty girl did; I wasn't even one of the unpretty girls who passes as pretty through effort and association. If a guy believed my value to lie in my looks, it meant either that he'd somehow been mislead and would eventually be disappointed, or that he had very low standards.”
― Curtis Sittenfeld, Prep
28 likes

“... nothing broke my heart like the slow death of a shared joke that had once seemed genuinely funny.”
― Curtis Sittenfeld, Prep
66 likes

“I'm not afraid to compete. It's just the opposite. Don't you see that? I'm afraid I will compete — that's what scares me. That's why I quit the Theatre Department. Just because I'm so horribly conditioned to accept everybody else's values, and just because I like applause and people to rave about me, doesn't make it right. I'm ashamed of it. I'm sick of it. I'm sick of not having the courage to be an absolute nobody. I'm sick of myself and everybody else that wants to make some kind of a splash.”
― J.D. Salinger, Franny and Zooey
296 likes

Polls voted on by Lisa