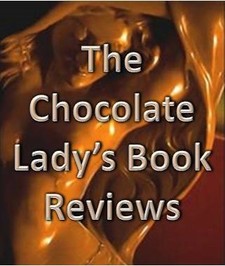 This will prevent Davida from sending you messages, friend request or from viewing your profile. They will not be notified. Comments on discussion boards from them will be hidden by default.
Sign in to Goodreads to learn more about Davida.

What Girls Are Good For: A Novel of Nellie Bly by David Blixt
2 notes & 2 highlights
An angry woman implies the failure of men. It means we have failed, and we do not care to think of our failures. Who does? It's deeply disturbing, even frightening.”
Yes
Stacy liked this

“The thing about lipstick, the reason it’s so powerful, is that it is distracting. Men don’t see the flashes of anger in your eyes or your clenched fists when you wear it. They see a woman, not a warrior, and that gives me the advantage.”
― Ariel Lawhon, Code Name Hélène
6 likes

“Life was reduced to its four basic elements: air, food, drink, and a good friend.”
― Sue Grafton, P is for Peril
7 likes

“I guess that's how they were able to do it, in the way they did it, all at once, without anyone knowing beforehand. If there had still been portable money, it would have been more difficult.
It was after the catastrophe, when they shot the president and machine-gunned the Congress and the army declared a state of emergency. They blamed it on the Islamic fanatics at the time.
I was stunned. Everyone was, I know that. It was hard to believe, the entire government gone like that. How did they get in, how did it happen?
That was when they suspended the Constitution. They said it would be temporary. There wasn't even any rioting in the streets. People stayed home at night, watching television, looking for some direction. There wasn't even an enemy you could put your finger on.”
― Margaret Atwood, The Handmaid's Tale

“As sure as time, history is repeating itself, and as sure as man is man, history is the last place he’ll look for his lessons.”
― Harper Lee, Go Set a Watchman
192 likes

“The funeral is supposed to be a quiet affair, for the deceased had no friends. But words are water in Amsterdam, they flood your ears and set the rot, and the church’s east corner is crowded.”
― Jessie Burton, The Miniaturist
0 likes

Rebecca Miller
author of: The Private Lives of Pippa Lee

Elana Maryles Sztokman
author of: The War on Women in Israel: How Religious Radicalism Is Smothering the Voice ...

Books that Made You Cry!

Polls voted on by Davida