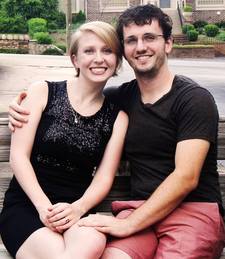 Emily is currently reading
Babel, Or the Necessity of Violence: An Arcane History of the Oxford Translators' Revolution
by R.F. Kuang (Goodreads Author)
bookshelves: currently-reading

“As Ted sat, feeling the evolution of the afternoon, he found himself thinking of Susan. Not the slightly different version of Susan, but Susan herself — his wife — on a day many years ago, before Ted had begun folding up his desire into the tiny shape it had become. On a trip to New York, riding the Staten Island Ferry for fun, because neither one of them had ever done it, Susan turned to him suddenly and said, "Let's make sure it's always like this." And so entwined were their thoughts at that point that Ted knew exactly why she'd said it: not because they'd made love that morning or drunk a bottle of Pouilly-Fuisse at lunch — because she'd felt the passage of time. And then Ted felt it, too, in the leaping brown water, the scudding boats and wind — motion, chaos everywhere — and he'd held Susan's hand and said, "Always. It will always be like this.”
― Jennifer Egan
2 likes

“Was it really that simple? Choosing a life? ...
Maybe you don't fall in love. Maybe you jump.
Maybe, just maybe, it's all a choice.
(Josh Matteson)”
― Sarah Addison Allen, First Frost

“How much sweeter life would be if it all happened in reverse, if, after decades of disappointments, you finally arrived at an age when you had conceded nothing, when everything was possible.”
― Karen Thompson Walker, The Age of Miracles
tags: hopes, life, possibilities, time
180 likes

The Millions' Most Anticipated: The Great Second-Half 2018 Book Preview