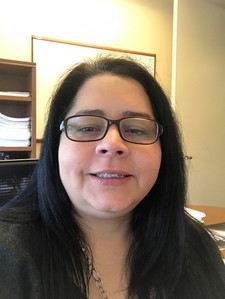 This will prevent Elizabeth "Liza" from sending you messages, friend request or from viewing your profile. They will not be notified. Comments on discussion boards from them will be hidden by default.
Sign in to Goodreads to learn more about Elizabeth "Liza".

See all 21 books that Elizabeth "Liza" is reading…

“Max," she said. He turned and briefly closed his eyes as the girl continued.
There was once a strange, small man,"she said. Her arms were loose but her hands were fists at her side. "But there was a word shaker,too."

One of the Jews on his way to Dachau had stopped walking now. He stood absolutely still as the others swerved morosely around him, leaving him completely alone. His eyes staggered, and it was so simple. The words were given across from the girl to the Jew. They climbed on to him.

The next time she spoke, the questions stumbled from her mouth. Hot tears fought for room in her eyes as she would not let them out. Better to stand resolute and proud. Let the words do all of it. "Is it really you? the young man asked," she said. " Is it from your cheek that I took the seed.?"
Max Vandenburg remained standing.
He did not drop to his knees.
People and Jews and clouds all stopped. They watched.
As he stood, Max looked first at the girl and then stared directly into the sky who was wide and blue and magnificent. There were heavy beams-- planks of son-- falling randomly, wonderfully to the road. Clouds arched their backs to look behind as they started again to move on. "It's such a beautiful day," he said, and his voice was in many pieces. A great day to die. A great day to die,like this.
Liesel walked at him. She was courageous enought to reach out and hold his bearded face. "Is it really you,Max?"
Such a brilliant German day and its attentive crowd.
He let his mouth kiss her palm. "Yes, Liesel, it's me," and he held the girl's hand in his face and cried onto her fingers. He cried as the soldiers came and a small collection of insolent Jews stood and watched.”
― Markus Zusak, The Book Thief

“You're always you, and that don't change, and you're always changing, and there's nothing you can do about it.”
― Neil Gaiman, The Graveyard Book
tags: change
2177 likes

“He was the crazy one who had painted himself black and defeated the world.

She was the book thief without the words.

Trust me, though, the words were on their way, and when they arrived, Liesel would hold them in her hands like the clouds, and she would wring them out like rain.”
― Markus Zusak, The Book Thief

“She said it out loud, the words distributed into a room that was full of cold air and books. Books everywhere! Each wall was armed with overcrowded yet immaculate shelving. It was barely possible to see paintwork. There were all different styles and sizes of lettering on the spines of the black, the red, the gray, the every-colored books. It was one of the most beautiful things Liesel Meminger had ever seen.

With wonder, she smiled.

That such a room existed!”
― Markus Zusak, The Book Thief

“He stops and looks at me. 'I'm here because of you. You're my priority. Your happiness, in some fucked way, is tuned in to mine. Get that through your thick skull. Would I like it any other way? Hell, yes, but I don't think that will be happening in my lifetime.”
― Melina Marchetta, On the Jellicoe Road
640 likes

Colleen Hoover
author of: It Ends with Us

Avery Williams
author of: The Alchemy of Forever

Polls voted on by Elizabeth "Liza"