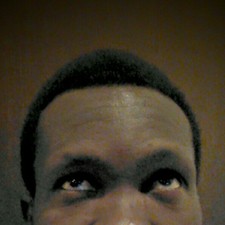 This will prevent Akinwale from sending you messages, friend request or from viewing your profile. They will not be notified. Comments on discussion boards from them will be hidden by default.
Sign in to Goodreads to learn more about Akinwale.

Akinwale Oshodi is currently reading
The World of Ice & Fire: The Untold History of Westeros and the Game of Thrones
by George R.R. Martin
bookshelves: currently-reading

Akinwale Oshodi is currently reading
Our Oriental Heritage (The Story of Civilization, #1)
by Will Durant
bookshelves: currently-reading

Deep Work: Rules for Focused Success in a Distracted World by Cal Newport
1 highlight
“Even though you are not aware at the time, the brain responds to distractions.”
See Akinwale Oshodi’s 5 books with notes and highlights…

“When robbed, the rich cry out for protection and prosecution. When stealing, they expect the judiciary to look the other way.”
― Steven Erikson, Dust of Dreams
13 likes

“But now it seems possible that the truth about getting older is that there are fewer and fewer things to make fun of until finally there is nothing you are sure you will never be.”
― Jenny Offill, Dept. of Speculation
99 likes

“People on sinking ships do not complain of distractions during their prayer.”
― Philip Yancey, Prayer
7 likes

“BUT WHAT, really, had the People’s Party—the farmers who called themselves “Alliancemen”—asked for? Only that when men found themselves at the mercy of forces too big for them to fight alone, government—their government—help them fight. What were the demands for railroad and bank regulation, for government loans, for public-works projects, but an expression of a belief that after men have banded together and formed a government, they have a right, when they are being crushed by conditions over which they have no control, to ask that government to extend a helping hand to them—if necessary, to fight for them, to be their champion? They”
― Robert A. Caro, The Path to Power
2 likes

“Take a thousand soldiers. Four hundred will stand in a fight but do nothing. Two hundred will run given the chance. Another hundred will get confused. That leaves three hundred you can count on. Your task in commanding that thousand is all down to knowing where to put that three hundred.”
― Steven Erikson, Dust of Dreams
4 likes

That Igbo Girl's Book Club — 69 members — last activity Sep 12, 2019 08:49AM
A fun group where we read and review African and African-inspired literature.
More of Akinwale’s groups…

Eva-Lotta Lamm
author of: Pencil Me in: The Business Drawing Book for People Who Can't Draw

Shane L. Koyczan
author of: To This Day: For the Bullied and Beautiful

Randall Munroe
author of: What If? Serious Scientific Answers to Absurd Hypothetical Questions

Trent Hamm
author of: The Simple Dollar: How One Man Wiped Out His Debts and Achieved the Life of H...
More…

Polls voted on by Akinwale