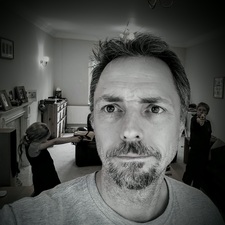 For the Triumph of Evil (The Frontiers Saga: Part 2: Rogue Castes, #6) by Ryk Brown
2 highlights
“There is such a thing as thinking too much,” Aiden said in his defense. “A more accurate statement would be that it is possible to take too long to make a decision.”
See Mark Evans’s 3 books with notes and highlights…

“The company’s largest group is customer support, with sixteen people handling calls from customers. But everybody in the company has to work on the support desk. Typically they will put in one day every six weeks, “so everyone can hear directly from customers and understand the pain points, what frustrates or delights customers,” Fried says.”
― Dan Lyons, Lab Rats: Why Modern Work Makes People Miserable
0 likes

“We’ve lost our way” is how another manifesto author, Andrew Hunt, put it in a 2015 essay titled “The Failure of Agile.” Hunt tells me the word agile has become “meaningless at best,” having been hijacked by “scads of vocal agile zealots” who had no idea what they were talking about. Agile has split into various camps and methodologies, with names like Large-Scale Scrum (LeSS) and Disciplined Agile Delivery (DAD). The worst flavor, Hunt tells me, is Scaled Agile Framework, or SAFe, which he and some other original manifesto authors jokingly call Shitty Agile for Enterprise. “It’s a disaster,” Hunt tells me. “I have a few consultant friends who are making big bucks cleaning up failed SAFe implementations.” SAFe is the hellspawn brainchild of a company called Scaled Agile Inc., a bunch of mad scientists whose approach consists of a nightmare world of rules and charts and configurations. SAFe itself comes in multiple configurations, which you can find on the Scaled Agile website. Each one is an abomination of corporate complexity and Rube Goldberg-esque interdependencies.”
― Dan Lyons, Lab Rats: Why Modern Work Makes People Miserable
1 likes

“That’s partly because Fried and Hansson hate meetings. Fried believes collaboration often turns into “over-collaboration,” and that most of it is bullshit anyway. He says brainstorming “is wildly overrated. There are tech companies where you have this weird thing and people are just brainstorming all the time. We brainstorm once a year, and then we spend the rest of the year doing it.”
― Dan Lyons, Lab Rats: Why Modern Work Makes People Miserable
0 likes