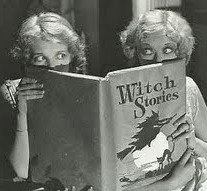 See all 21 books that Erin *Proud Book Hoarder* is reading…

Falling Angel by William Hjortsberg
1 note & 1 highlight
narrow passage leading to the Carnegie Tavern. I always buy myself a drink after finding a body. It’s an old family custom.
quote
Anna and 8 other people liked this
See Erin *Proud Book Hoarder*’s 4 books with notes and highlights…

“Don't part with your illusions. When they are gone you may still exist, but you have ceased to live.”
― Mark Twain
tags: illusions, life
3937 likes

“The fool doth think he is wise, but the wise man knows himself to be a fool.”
― William Shakespeare, As You Like It
tags: wisdom
43547 likes

“We are all travelers in the wilderness of this world, and the best we can find in our travels is an honest friend.”
― Robert Louis Stevenson
tags: friend, honesty
1559 likes

“It is not the critic who counts; not the man who points out how the strong man stumbles, or where the doer of deeds could have done them better. The credit belongs to the man who is actually in the arena, whose face is marred by dust and sweat and blood; who strives valiantly; who errs, who comes short again and again, because there is no effort without error and shortcoming; but who does actually strive to do the deeds; who knows great enthusiasms, the great devotions; who spends himself in a worthy cause; who at the best knows in the end the triumph of high achievement, and who at the worst, if he fails, at least fails while daring greatly, so that his place shall never be with those cold and timid souls who neither know victory nor defeat.”
― Theodore Roosevelt
tags: inspirational, politics, presidential
7126 likes

Jordan Castillo Price
author of: Among the Living