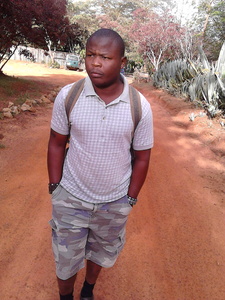 This will prevent Ewoton from sending you messages, friend request or from viewing your profile. They will not be notified. Comments on discussion boards from them will be hidden by default.
Sign in to Goodreads to learn more about Ewoton.

“Beauty is in the eye of the beholder and it may be necessary from time to time to give a stupid or misinformed beholder a black eye.”
― Jim Henson
tags: humor
26037 likes

“It is not the critic who counts; not the man who points out how the strong man stumbles, or where the doer of deeds could have done them better. The credit belongs to the man who is actually in the arena, whose face is marred by dust and sweat and blood; who strives valiantly; who errs, who comes short again and again, because there is no effort without error and shortcoming; but who does actually strive to do the deeds; who knows great enthusiasms, the great devotions; who spends himself in a worthy cause; who at the best knows in the end the triumph of high achievement, and who at the worst, if he fails, at least fails while daring greatly, so that his place shall never be with those cold and timid souls who neither know victory nor defeat.”
― Theodore Roosevelt
tags: inspirational, politics, presidential
7028 likes

“I must not fear. Fear is the mind-killer. Fear is the little-death that brings total obliteration. I will face my fear. I will permit it to pass over me and through me. And when it has gone past I will turn the inner eye to see its path. Where the fear has gone there will be nothing. Only I will remain.”
― Frank Herbert, Dune
tags: bene-gesserit, fear, litany-against-fear, motivational, scifi
11009 likes

“Never tell the truth to people who are not worthy of it.”
― Mark Twain
tags: truth
15667 likes

“Don't part with your illusions. When they are gone you may still exist, but you have ceased to live.”
― Mark Twain
tags: illusions, life
3935 likes

Groucho Marx
author of: Groucho and Me

Polls voted on by Ewoton