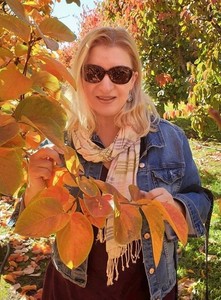 “Discrimination is action based on prejudice.”
― Robin DiAngelo, White Fragility: Why It's So Hard for White People to Talk About Racism
5 likes

“People of color may also hold prejudices and discriminate against white people, but they lack the social and institutional power that transforms their prejudice and discrimination into racism; the impact of their prejudice on whites is temporary and contextual.”
― Robin DiAngelo, White Fragility: Why It's So Hard for White People to Talk About Racism
11 likes

“racism is a structure, not an event.”
― Robin DiAngelo, White Fragility: Why It's So Hard for White People to Talk About Racism
7 likes

“Claiming that the past was socially better than the present is also a hallmark of white supremacy. Consider any period in the past from the perspective of people of color: 246 years of brutal enslavement; the rape of black women for the pleasure of white men and to produce more enslaved workers; the selling off of black children; the attempted genocide of Indigenous people, Indian removal acts, and reservations; indentured servitude, lynching, and mob violence; sharecropping; Chinese exclusion laws; Japanese American internment; Jim Crow laws of mandatory segregation; black codes; bans on black jury service; bans on voting; imprisoning people for unpaid work; medical sterilization and experimentation; employment discrimination; educational discrimination; inferior schools; biased laws and policing practices; redlining and subprime mortgages; mass incarceration; racist media representations; cultural erasures, attacks, and mockery; and untold and perverted historical accounts, and you can see how a romanticized past is strictly a white construct. But it is a powerful construct because it calls out to a deeply internalized sense of superiority and entitlement and the sense that any advancement for people of color is an encroachment on this entitlement.”
― Robin DiAngelo, White Fragility: Why It's So Hard for White People to Talk About Racism
6 likes

Aussie Readers — 5933 members — last activity 1 hour, 52 min ago
A group for all Australian Goodreads members (and those interested in Australia), no matter what they read!