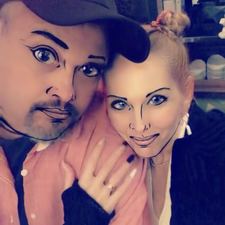 This will prevent Christiaän from sending you messages, friend request or from viewing your profile. They will not be notified. Comments on discussion boards from them will be hidden by default.
Sign in to Goodreads to learn more about Christiaän .

Christiaän Keaton said: " This is my first novel! Check it out! Here is its official website - http://justicenovel.com

Here is the link to purchase - http://www.amazon.com/s/ref=nb_sb_nos... This is my first novel! Check it out! Here is its official website - http://justicenovel.com

Christiaän Keaton is currently reading
Launch Your Dream: A 30-Day Plan for Turning Your Passion into Your Profession
by Dale Partridge (Goodreads Author)
bookshelves: currently-reading

“I make mistakes; I'll be the second to admit it.”
― Jean Kerr, The Snake Has All the Lines
tags: humor, mistakes
1221 likes

“You never really understand a person until you consider things from his point of view... Until you climb inside of his skin and walk around in it.”
― Harper Lee, To Kill a Mockingbird
tags: better-life-empathy
17463 likes

ANIME! — 114 members — last activity Oct 31, 2016 11:23PM
every anime in the world will be discussed here and we create role play groups please join and enjoy the group!

Polls voted on by Christiaän