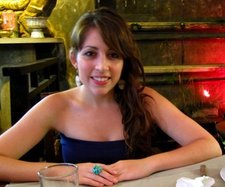 This will prevent Steph from sending you messages, friend request or from viewing your profile. They will not be notified. Comments on discussion boards from them will be hidden by default.
Sign in to Goodreads to learn more about Steph.

Steph Green is currently reading
The House We Grew Up In
by Lisa Jewell (Goodreads Author)
bookshelves: currently-reading

The Sparrow (The Sparrow, #1) by Mary Doria Russell
5 highlights
His entire experience in this city sounded better than it lived.
See Steph Green’s 7 books with notes and highlights…

“Some people say, “Never let them see you cry.” I say, if you’re so mad you could just cry, then cry. It terrifies everyone.”
― Tina Fey, Bossypants
tags: humor
3762 likes

“One day I will find the right words, and they will be simple.”
― Jack Kerouac, The Dharma Bums
tags: dharma, simplicity, writing
7993 likes

“Oh, but my stomach, she is like a waterbed covered in flannel. When I lie on my side in bed, my stomach lies politely beside me, like a puppy.”
― Anne Lamott, Operating Instructions: A Journal of My Son's First Year
tags: humor
12 likes

“When, during the course of an interview for The New Yorker, I told the interviewer (Mark Singer) that I believed stories are found things, like fossils in the ground, he said that he didn't believe me. I replied that that was fine, as long as he believed that I believe it. And I do. Stories aren't souvenir tee-shirts or GameBoys. Stories are relics, part of an undiscovered pre-existing world. The writer's job is to use the tools in his or her toolbox to get as much of each one out of the ground intact as possible. Sometimes the fossil you uncover is small; a seashell. Sometimes it's enormous, a Tyrannosaurus Rex with all those gigantic ribs and grinning teeth. Either way, short story or thousand-page whopper of a novel, the techniques of excavation remain basically the same.”
― Stephen King
0 likes

“You have to write the book that wants to be written. And if the book will be too difficult for grown-ups, then you write it for children.”
― Madeleine L'Engle
tags: books, children, difficult, grown-ups, write, writers, writing
16732 likes

100 Mysteries and Thrillers to Read in a Lifetime: Readers' Picks

Polls voted on by Steph