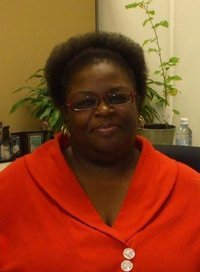 This will prevent Rhea Alexis from sending you messages, friend request or from viewing your profile. They will not be notified. Comments on discussion boards from them will be hidden by default.
Sign in to Goodreads to learn more about Rhea Alexis.

See all 14 books that Rhea Alexis is reading…

“If the storytellers told it true, all stories would end in death.”
― George Pelecanos
tags: life, storyteller, writing
21 likes

“Darkness cannot drive out darkness: only light can do that. Hate cannot drive out hate: only love can do that.”
― Martin Luther King Jr., A Testament of Hope: The Essential Writings and Speeches
tags: darkness, drive-out, hate, inspirational, light, love, peace
74277 likes

“And because I had been a hustler, I knew better than all whites knew, and better than nearly all of the black 'leaders' knew, that actually the most dangerous black man in America was the ghetto hustler. Why do I say this? The hustler, out there in the ghetto jungles, has less respect for the white power structure than any other Negro in North America. The ghetto hustler is internally restrained by nothing. He has no religion, no concept of morality, no civic responsibility, no fear--nothing. To survive, he is out there constantly preying upon others, probing for any human weakness like a ferret. The ghetto hustler is forever frustrated, restless, and anxious for some 'action'. Whatever he undertakes, he commits himself to it fully, absolutely. What makes the ghetto hustler yet more dangerous is his 'glamour' image to the school-dropout youth in the ghetto.These ghetto teen-agers see the hell caught by their parents struggling to get somewhere, or see that they have given up struggling in the prejudiced, intolerant white man’s world. The ghetto teen-agers make up their own minds they would rather be like the hustlers whom they see dressed ‘sharp’ and flashing money and displaying no respect for anybody or anything. So the ghetto youth become attracted to the hustler worlds of dope, thievery, prostitution, and general crime and immorality.”
― Malcolm X, The Autobiography of Malcolm X
166 likes

Beverly Jenkins
author of: Bring on the Blessings

Iris Bolling
author of: The Heart

Walter Mosley
author of: Devil in a Blue Dress
More…

Polls voted on by Rhea Alexis