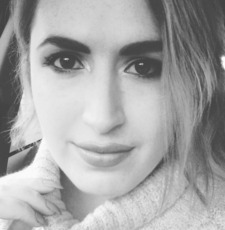 This will prevent Angie from sending you messages, friend request or from viewing your profile. They will not be notified. Comments on discussion boards from them will be hidden by default.
Sign in to Goodreads to learn more about Angie.

Angie Beckett is currently reading
The Sun Will Rise and So Will We
by Jennae Cecelia (Goodreads Author)
bookshelves: currently-reading

“Say what you will, ’tis better to be left than never to have been loved.”
― William Congreve
1484 likes

“I went to collect the few personal belongings which...I held to be invaluable: my cat, my resolve to travel, and my solitude.”
― Colette
1983 likes

“She had no illusions of becoming a master knife fighter. This wasn’t the Realms, where a thought delivered a result. But she also knew she’d given herself a better chance. And in life, at least in her new life, chances were the best she could hope for. They were like her rocks. Imperfect and surprising and maybe better in the long run than certainties. Chances, she thought, were life.”
― Veronica Rossi, Under the Never Sky
4 likes

“One must always be careful of books," said Tessa, "and what is inside them, for words have the power to change us.”
― Cassandra Clare, Clockwork Angel
tags: books
19948 likes

Jojo Moyes
author of: Me Before You

Polls voted on by Angie