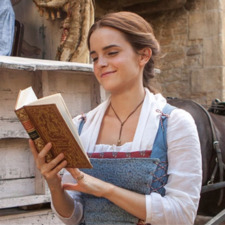 See all 21 books that Rachel is reading…

“A lump forms in my throat as the truth hits me. Hard. “That’s why people are speaking out, huh? Because it won’t change if we don’t say something.” “Exactly. We can’t be silent.” “So I can’t be silent.” Daddy stills. He looks at me. I see the fight in his eyes. I matter more to him than a movement. I’m his baby, and I’ll always be his baby, and if being silent means I’m safe, he’s all for it. This is bigger than me and Khalil though. This is about Us, with a capital U; everybody who looks like us, feels like us, and is experiencing this pain with us despite not knowing me or Khalil. My silence isn’t helping Us. Daddy fixes his gaze on the road again. He nods. “Yeah. Can’t be silent.”
― Angie Thomas, The Hate U Give
10 likes

“A’ight, so what do you think it means?”
“You don’t know?” I ask.
“I know. I wanna hear what YOU think.”
Here he goes. Picking my brain. “Khalil said it’s about what society feeds us as youth and how it comes back and bites them later,” I say. “I think it’s about more than youth though. I think it’s about us, period.”
“Us who?” he asks.
“Black people, minorities, poor people. Everybody at the bottom in society.”
“The oppressed,” says Daddy.
“Yeah. We’re the ones who get the short end of the stick, but we’re the ones they fear the most. That’s why the government targeted the Black Panthers, right? Because they were scared of the Panthers?”
“Uh-huh,” Daddy says. “The Panthers educated and empowered the people. That tactic of empowering the oppressed goes even further back than the Panthers though. Name one.”
Is he serious? He always makes me think. This one takes me a second. “The slave rebellion of 1831,” I say. “Nat Turner empowered and educated other slaves, and it led to one of the biggest slave revolts in history.”
“A’ight, a’ight. You on it.” He gives me dap. “So, what’s the hate they’re giving the ‘little infants’ in today’s society?”
“Racism?”
“You gotta get a li’l more detailed than that. Think ’bout Khalil and his whole situation. Before he died.”
“He was a drug dealer.” It hurts to say that. “And possibly a gang member.”
“Why was he a drug dealer? Why are so many people in our neighborhood drug dealers?”
I remember what Khalil said—he got tired of choosing between lights and food. “They need money,” I say. “And they don’t have a lot of other ways to get it.”
“Right. Lack of opportunities,” Daddy says. “Corporate America don’t bring jobs to our communities, and they damn sure ain’t quick to hire us. Then, shit, even if you do have a high school diploma, so many of the schools in our neighborhoods don’t prepare us well enough. That’s why when your momma talked about sending you and your brothers to Williamson, I agreed. Our schools don’t get the resources to equip you like Williamson does. It’s easier to find some crack than it is to find a good school around here.
“Now, think ’bout this,” he says. “How did the drugs even get in our neighborhood? This is a multibillion-dollar industry we talking ’bout, baby. That shit is flown into our communities, but I don’t know anybody with a private jet. Do you?”
“No.”
“Exactly. Drugs come from somewhere, and they’re destroying our community,” he says. “You got folks like Brenda, who think they need them to survive, and then you got the Khalils, who think they need to sell them to survive. The Brendas can’t get jobs unless they’re clean, and they can’t pay for rehab unless they got jobs. When the Khalils get arrested for selling drugs, they either spend most of their life in prison, another billion-dollar industry, or they have a hard time getting a real job and probably start selling drugs again. That’s the hate they’re giving us, baby, a system designed against us. That’s Thug Life.”
― Angie Thomas, The Hate U Give

“Being two different people is so exhausting. I've taught myself to speak with two different voices and only say certain things around certain people. I've mastered it. As much as I say I don't have to choose which Starr I am with Christ, maybe without realizing it, I have to an extent. Part of me feels like I can't exist around people like him.”
― Angie Thomas, The Hate U Give
2 likes

“Slave masters thought they were making a difference in black people’s lives too. Saving them from their “wild African ways.” Same shit, different century. I wish people like them would stop thinking that people like me need saving.”
― Angie Thomas, The Hate U Give
17 likes

Jhumpa Lahiri
author of: The Namesake

Tracy Chevalier
author of: Girl with a Pearl Earring
More…