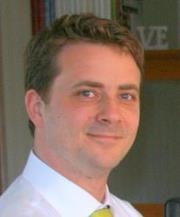 This will prevent Tov Are from sending you messages, friend request or from viewing your profile. They will not be notified. Comments on discussion boards from them will be hidden by default.
Sign in to Goodreads to learn more about Tov Are.

Tov Are is Currently Reading

Tov Are Jacobsen is currently reading
Things That Make Us Smart: Defending Human Attributes in the Age of the Machine
by Don Norman
bookshelves: currently-reading

Tov Are Jacobsen is currently reading
Why: A Guide to Finding and Using Causes
by Samantha Kleinberg
bookshelves: currently-reading

“People who got a zero on a test thought they’d answered seven of 10 questions correctly. In an online logic test given to volunteers, the lowest scorers vastly overestimated their ability: Respondents who had answered zero of 10 questions correctly believed they had gotten 7 right, on average. According to Thomas Schlösser, of the University of Cologne, and David Dunning, of Cornell, people who lack the skills to perform well also tend to lack the ability to judge performance, their own included. But this isn’t set in stone: Teaching poor achievers logical reasoning helps them recognize their own errors and assess their skills.”
― Anonymous
0 likes

“How is it possible that our departmental silos are operating with agility, but our companies are hopelessly rigid and slow?”
― Jeff Gothelf, Lean UX: Applying Lean Principles to Improve User Experience
0 likes

“It will work,” Sanha affirmed. “The A.I. was created to be good. Just like a human, it cannot fundamentally change that part of itself. If we get it connected to the world surveillance mainframe in time, it will be able to protect us from any and every existential threat.” “There’s”
― David Simpson, Post-Human Series Books 1-4
0 likes

“and then I decided I was a lemon for a couple of weeks.”
― Douglas Adams, Life, the Universe and Everything
tags: crazy, ford, insanity, lemons
330 likes

“It’s well worth reading about Netflix on Glassdoor.com, a website that lets employees anonymously review their companies. Note how many times the “culture of fear” is mentioned.”
― Anonymous
0 likes

People Tov Are is Following

Polls voted on by Tov Are

Lists liked by Tov Are