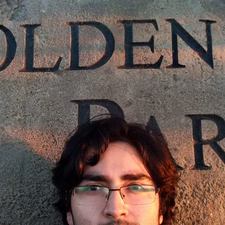 This will prevent Fer from sending you messages, friend request or from viewing your profile. They will not be notified. Comments on discussion boards from them will be hidden by default.
Sign in to Goodreads to learn more about Fer.

Staff Engineer: Leadership Beyond the Management Track by Will Larson
19 highlights
Success will often mean interpreting business needs, communicating a clear direction, defusing a looming crisis, convincing teams to agree on tradeoffs, or just being a good influence.
See Fer Perales’s 3 books with notes and highlights…

“Under pressure, even the smartest people will start to rationalize that frogs really can turn into princes.”
― Pierre Mornell, Hiring Smart!: How to Predict Winners and Losers in the Incredibly Expensive People-Reading Game
0 likes

“To understand this first event, you need to know that we rely on Unix and Linux machines to store the thousands of computer files that comprise all the shots of any given film. And on those machines, there is a command—/bin/rm -r -f *—that removes everything on the file system as fast as it can. Hearing that, you can probably anticipate what’s coming: Somehow, by accident, someone used this command on the drives where the Toy Story 2 files were kept. Not just some of the files, either. All of the data that made up the pictures, from objects to backgrounds, from lighting to shading, was dumped out of the system. First, Woody’s hat disappeared. Then his boots. Then he disappeared entirely. One by one, the other characters began to vanish, too: Buzz, Mr. Potato Head, Hamm, Rex. Whole sequences—poof!—were deleted from the drive. Oren”
― Ed Catmull, Creativity, Inc.: Overcoming the Unseen Forces That Stand in the Way of True Inspiration
2 likes

“It never made much sense to me to see guys buying guns and going to the range with the excuse that it was for self-defense when the same guy is 100 pounds overweight, smoking two packets of cigarettes a day and eating a diet of fried food, pizzas and beer. He’s going to die from a self-inflicted heart attack or stroke before he ever ends up needing his gun for self-defense”
― Nick Hughes, How To Be Your Own Bodyguard
0 likes

“Once people stop making excuses, stop blaming others, and take ownership of everything in their lives, they are compelled to take action to solve their problems.”
― Jocko Willink, Extreme Ownership: How U.S. Navy SEALs Lead and Win
1 likes

“Most victims on the other hand have no plan at all. The only thing they’ll say when asked about their plan is “well, I just hope it never happens to me.” Hope should never be part of a self-protection plan.”
― Nick Hughes, How To Be Your Own Bodyguard
0 likes

Polls voted on by Fer