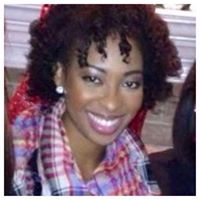 This will prevent Amdaniels07 from sending you messages, friend request or from viewing your profile. They will not be notified. Comments on discussion boards from them will be hidden by default.
Sign in to Goodreads to learn more about Amdaniels07.

Amdaniels07 is currently reading
Beyond Awkward Side Hugs: Living as Christian Brothers and Sisters in a Sex-Crazed World
by Bronwyn Lea (Goodreads Author)
bookshelves: currently-reading

See all 16 books that Amdaniels07 is reading…

“White people who expect me to be white have not yet realized that their cultural way of being is not in fact the result of goodness, rightness, or God’s blessing. Pushing back, resisting the lie, is hella work.”
― Austin Channing Brown, I'm Still Here: Black Dignity in a World Made for Whiteness
4 likes

“Even when our babies aren't perfect, even when they are rude or disrespectful, even when they make mistakes or fail, even when their sixteen-year-old brains tell them to do risky, stupid things, we still want them to live.”
― Austin Channing Brown, I'm Still Here: Black Dignity in a World Made for Whiteness
4 likes

“It shouldn't have surprised me. I serve a God who experienced and expressed anger. One of the most meaningful passages of Scripture for me is found in the New Testament, where Jesus leads a one-man protest inside the Temple walls. Jesus leads a one-man protest inside the Temple walls. Jesus shouts at the corrupt Temple officials, overturns furniture, sets animals free, blocks the doorways with his body, and carries a weapon - a whip - through the place. Jesus throws folks out the building, and in so doing creates space for the most marginalized to come in: the poor, the wounded, the children. I imagine the next day's newspapers called Jesus's anger destructive. But I think those without power would've said that his anger led to freedom - the freedom of belonging, the freedom healing, and the freedom of participating as full members in God's house.”
― Austin Channing Brown, I'm Still Here: Black Dignity in a World Made for Whiteness
tags: i-m-still-here
7 likes

“Tone policing takes priority over listening to the pain inflicted on people of color. People of color are told they should be nicer, kinder, more gracious, less angry in their delivery, or that white people's needs, feelings, and the thoughts should be given equal weight.”
― Austin Channing Brown, I'm Still Here: Black Dignity in a World Made for Whiteness
tags: i-m-still-here
3 likes

“It's work to be the only person of color in an organization, bearing the weight of all your white co-workers questions about Blackness. It's work to always be hypervisible because of your skim - easily identified as being present or absent - but for your needs to be completely invisible to those around you. It's work to do the emotional labor or pointing out problematic racist thinking, policies, actions, and statements while desperately trying to avoid bitterness and cynicism.”
― Austin Channing Brown, I'm Still Here: Black Dignity in a World Made for Whiteness
4 likes

Christian, Self help, and Young-adult

Polls voted on by Amdaniels07