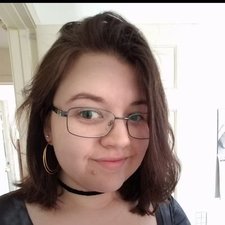 This will prevent Rachel from sending you messages, friend request or from viewing your profile. They will not be notified. Comments on discussion boards from them will be hidden by default.
Sign in to Goodreads to learn more about Rachel .

Rachel Kellis is currently reading
This Is How You Lose the Time War
by Amal El-Mohtar (Goodreads Author)
bookshelves: currently-reading

“The only thing more pleasing than seeing Ronan singled out was seeing him singled out and forced to repeatedly sing an Irish jig. “Piss up a rope,” Ronan said. Gansey, unoffended, waited. Ronan shook his head, but then, with a wicked smile, he began to sing, “Squash one, squash two, s—” “Not that one,” both Adam and Gansey said. “I’m not listening to that for three hours,” Adam said. Gansey pointed at Ronan until he began to breathily whistle a jaunty reel.”
― Maggie Stiefvater, Blue Lily, Lily Blue
100 likes

“Every book has a soul, the soul of the person who wrote it and the soul of those who read it and dream about it.”
― Carlos Ruiz Zafón, The Angel's Game
tags: book, dreams, soul
715 likes

“The one reality was this: He was home.
How badly he wanted to stay.”
― Maggie Stiefvater, The Dream Thieves
60 likes

“One moment, she was wearing clothing, and the next moment, she was wearing a bikini. Fifty percent of the world was brown skin and fifty percent was orange nylon. From the Mona Lisa smile on Orla's lips, it was clear she was pleased to finally be allowed to demonstrate her true talents.
A tiny part of Gansey's brain said: You have been staring for too long.
The larger part of his brain said: ORANGE.”
― Maggie Stiefvater, The Dream Thieves

“Things that cannot long be kept secret: death in the family, the loss of a ring, corruption of the spirit, boredom, illicit love. Sickness. Addiction. Pregnancy. Within the pure white wimple of her beekeeping suit, wrapped in buzzing,”
― Catherynne M. Valente, Palimpsest
1 likes

Carlos Ruiz Zafón
author of: The Shadow of the Wind
More…