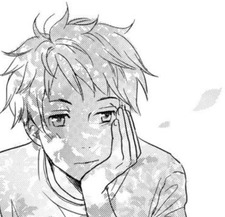 This will prevent Ahmed from sending you messages, friend request or from viewing your profile. They will not be notified. Comments on discussion boards from them will be hidden by default.
Sign in to Goodreads to learn more about Ahmed.

Ahmed is currently reading
The Rap Year Book: The Most Important Rap Song From Every Year Since 1979, Discussed, Debated, and Deconstructed
by Shea Serrano
bookshelves: currently-reading

See all 7 books that Ahmed is reading…

“It was only natural that the intellectuals who questioned the necessity of American purpose did not rush from Cambridge and New Haven to inflict their doubts about American power and goals upon the nation’s policies. So people like Riesman, classic intellectuals, stayed where they were while the new breed of thinkers-doers, half of academe, half of the nation’s think tanks and of policy planning, would make the trip, not doubting for a moment the validity of their right to serve, the quality of their experience. They were men who reflected the post-Munich, post-McCarthy pragmatism of the age. One had to stop totalitarianism, and since the only thing the totalitarians understood was force, one had to be willing to use force. They justified each decision to use power by their own conviction that the Communists were worse, which justified our dirty tricks, our toughness.”
― David Halberstam, The Best and the Brightest
2 likes

“When a person asks how he can improve his memory, he cannot expect a useful answer until he makes his question more specific. What kind of material does he want to remember? In what way? [How will his memory be measured?] Under what circumstances? For how long? There are methods and principles in this book that apply to almost any kind of learning situation, but none applies to all situations”
― Kenneth L. Higbee, Your Memory: How It Works and How to Improve It
0 likes

“It was against this backdrop that the great fortunes were made, fortunes which allowed the first families to dominate the society of that era. Theodore Parker, a crusading minister in the 1840s, wrote of the Lowells and these other great families: “This class is the controlling one in politics. It mainly enacts the laws of this state and the nation; makes them serve its turn . . . It can manufacture governors, senators, judges to suit its purposes as easily as it can manufacture cotton cloth. This class owns the machinery of society . . . ships, factories, shops, water privileges.” They were also families which had a fine sense of protecting their own position, and they were notorious for giving large grants to Harvard College, which was their college, and just as notorious for doing very little for public education.”
― David Halberstam, The Best and the Brightest
tags: the-wealthy
4 likes

“an aristocracy come to power, convinced of its own disinterested quality, believing itself above both petty partisan interest and material greed. The suggestion that this also meant the holding and wielding of power was judged offensive by these same people, who preferred to view their role as service, though in fact this was typical of an era when many of the great rich families withdrew from the new restless grab for money of a modernizing America, and having already made their particular fortunes, turned to the public arena as a means of exercising power. They were viewed as reformers, though the reforms would be aimed more at the newer seekers of wealth than at those who already held it. (“First-generation millionaires,” Garry Wills wrote in Nixon Agonistes, “give us libraries, second-generation millionaires give us themselves.”)”
― David Halberstam, The Best and the Brightest
tags: the-wealthy
4 likes

“For there was no doubt in Bundy’s mind about his ability to handle... the world. The job was not just a happenstance thing; he had, literally and figuratively, been bred for it, or failing this, Secretary of State. He was the brightest light in that glittering constellation around the President, for if those years had any central theme, if there was anything that bound the men, their followers and their subordinates together, it was the belief that sheer intelligence and rationality could answer and solve anything.”
― David Halberstam, The Best and the Brightest
2 likes

Polls voted on by Ahmed