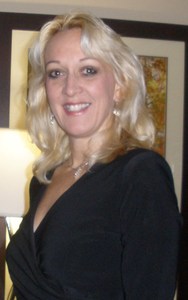 This will prevent Alice from sending you messages, friend request or from viewing your profile. They will not be notified. Comments on discussion boards from them will be hidden by default.
Sign in to Goodreads to learn more about Alice.

“When life gives you a perfect afternoon, you have to guard against anything that tries to steal it away.”
― Alice J. Wisler, Hatteras Girl
9 likes

“Are you not thirsty?" said the Lion.
"I am dying of thirst," said Jill.
"Then drink," said the Lion.
"May I — could I — would you mind going away while I do?" said Jill.
The Lion answered this only by a look and a very low growl. And as Jill gazed at its motionless bulk, she realized that she might as well have asked the whole mountain to move aside for her convenience.
The delicious rippling noise of the stream was driving her nearly frantic.
"Will you promise not to — do anything to me, if I do come?" said Jill.
"I make no promise," said the Lion.
Jill was so thirsty now that, without noticing it, she had come a step nearer.
"Do you eat girls?" she said.
"I have swallowed up girls and boys, women and men, kings and emperors, cities and realms," said the Lion. It didn't say this as if it were boasting, nor as if it were sorry, nor as if it were angry. It just said it.
"I daren't come and drink," said Jill.
"Then you will die of thirst," said the Lion.
"Oh dear!" said Jill, coming another step nearer. "I suppose I must go and look for another stream then."
"There is no other stream," said the Lion.”
― C.S. Lewis, The Silver Chair
tags: salvation
94 likes

“Romance is the glamour which turns the dust of everyday life into a golden haze. ”
― Elinor Glyn
tags: inspiration, love, romance
2234 likes

Polls voted on by Alice