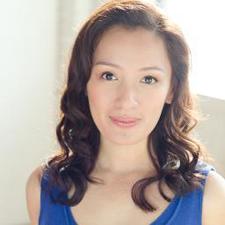 “Revelation is everything, not for its own sake, because most self-revelation is just garbage--oop!--yes, but we have to purge the garbage, toss it out, throw it into a bunker and burn it, because it is fuel. It's fossil fuel. And what do we do with fossil fuel? Why, we dump it into a bunker and burn it, of course. No, we don't do that. But you get my meaning. It's endlessly renewable, usable without diminishing one's capacity to create more.”
― Dave Eggers, A Heartbreaking Work of Staggering Genius
7 likes

“I reserve the right to love many different people at once, and to change my prince often.”
― Anaïs Nin
tags: anaïs-nin, love, polyamory
502 likes

“I know there is no straight road
No straight road in this world
Only a giant labyrinth
Of intersecting crossroads”
― Federico García Lorca
tags: life
227 likes

“You live like this, sheltered, in a delicate world, & you believe you are living.”
― Anaïs Nin
93 likes

Recognize you when you
first come 'round the corner.

Sense your scent when I come
into a room you've just left.

Know the lift of your heel,
the glide of your foot.

Become familiar with the way
you purse your lips
then let them part,
just the slightest bit,
when I lean in to your space
and kiss you.

Joseph Campbell
author of: The Power of Myth

Paulo Coelho
author of: The Alchemist

Elizabeth Gilbert
author of: Eat, Pray, Love: One Woman's Search for Everything Across Italy, India and In...

Ralph Waldo Emerson
author of: Self-Reliance and Other Essays