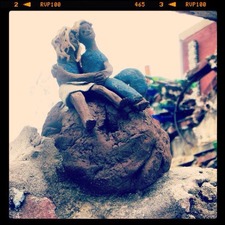 This will prevent Caitlyn from sending you messages, friend request or from viewing your profile. They will not be notified. Comments on discussion boards from them will be hidden by default.
Sign in to Goodreads to learn more about Caitlyn.

Caitlyn is currently reading
Love and Respect: The Love She Most Desires; The Respect He Desperately Needs
by Emerson Eggerichs
bookshelves: currently-reading

Caitlyn is currently reading
Outlive Your Life: You Were Made to Make A Difference
by Max Lucado (Goodreads Author)
bookshelves: currently-reading

“Becoming fearless isn't the point. That's impossible. It's learning how to control your fear, and how to be free from it.”
― Veronica Roth, Divergent
tags: dauntless, divergent, fearless, four, tris
11894 likes

“I do know who you are. I just needed to be reminded.”
― Veronica Roth, Insurgent
tags: tobias-eaton
546 likes

“People, I have discovered, are layers and layers of secrets. You believe you know them, that you understand them, but their motives are always hidden from you, buried in their own hearts. You will never know them, but sometimes you decide to trust them.”
― Veronica Roth, Insurgent
4281 likes

“I love Tris the Divergent, who makes decisions apart from faction loyalty, who isn’t some faction archetype. But the Tris who’s trying as hard as she can to destroy herself … I can’t love her.”
I want to scream. But not because I’m angry, because I’m afraid he’s right. My hands shake and I grab the hem of my shirt to steady them.
He touches his forehead to mine and closes his eyes. “I believe you’re still in there,” he says against my mouth. “Come back.”
― Veronica Roth , Insurgent
678 likes

“Sometimes, the best way to help someone is just to be near them.”
― Veronica Roth, Divergent
tags: comfort
2516 likes

Max Lucado
author of: You Are Special

Ted Dekker
author of: Black: The Birth of Evil
More…

Polls voted on by Caitlyn