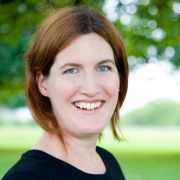 This will prevent Helen from sending you messages, friend request or from viewing your profile. They will not be notified. Comments on discussion boards from them will be hidden by default.
Sign in to Goodreads to learn more about Helen.

“BITCH THE POT Tea and gossip go together. At least, that’s the stereotypical view of a tea gathering: a group of women gathered around the teapot exchanging tittle-tattle. As popularity of the beverage imported from China (‘tea’ comes from the Mandarin Chinese cha) increased, it became particularly associated with women, and above all with their tendency to gossip. Francis Grose’s Classical Dictionary of the Vulgar Tongue lists various slang terms for tea, including ‘prattle-broth’, ‘cat-lap’ (‘cat’ being a contemporary slang for a gossipy old woman), and ‘scandal broth’. To pour tea, meanwhile, was not just to ‘play mother’, as one enduring English expression has it, but also to ‘bitch the pot’ – to drink tea was to simply ‘bitch’. At this time a bitch was a lewd or sensual woman as well as a potentially malicious one, and in another nineteenth-century dictionary the phraseology is even more unguarded, linking tea with loose morals as much as loquaciousness: ‘How the blowens [whores] lush the slop. How the wenches drink tea!’ The language of tea had become another vehicle for sexism, and a misogynistic world view in which the air women exchanged was as hot as the beverage they sipped. ‘Bitch party’ and ‘tabby party’ (again the image of cattiness) were the terms of choice for such gossipy gatherings. Men, it seems, were made of stronger stuff, and drank it too. Furthermore, any self-respecting man would ensure his wife and daughters stayed away from tea. The pamphleteer and political writer William Cobbett declared in 1822: The gossip of the tea-table is no bad preparatory school for the brothel. The girl that has been brought up, merely to boil the tea kettle, and to assist in the gossip inseparable from the practice, is a mere consumer of food, a pest to her employer, and a curse to her husband, if any man be so unfortunate as to affix his affections upon her. In the twenty-first century, to ‘spill the T’ has become a firm part of drag culture slang for gossiping. T here may stand for either ‘truth’ or the drink, but either way ‘weak tea’ has come to mean a story that doesn’t quite hold up – and it’s often one told by women. Perhaps it’s time for bitches to make a fresh pot.”
― Susie Dent, Word Perfect: Etymological Entertainment For Every Day of the Year
0 likes

“I love deadlines. I love the whooshing noise they make as they go by.”
― Douglas Adams, The Salmon of Doubt
tags: deadlines, humor, humour, work, writing
31456 likes

“One of my favourite quotes is by the famous psychotherapist Viktor Frankl. He wrote: ‘When a person can’t find a deep sense of meaning, they distract themselves with pleasure.”
― Rangan Chatterjee, Feel Great Lose Weight: Long term, simple habits for lasting and sustainable weight loss
0 likes

Polls voted on by Helen