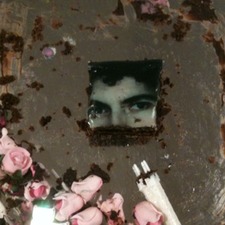 This will prevent Joey from sending you messages, friend request or from viewing your profile. They will not be notified. Comments on discussion boards from them will be hidden by default.
Sign in to Goodreads to learn more about Joey.

“For most of my life, I would have automatically said that I would opt for conscientious objector status, and in general, I still would. But the spirit of the question is would I ever, and there are instances where I might. If immediate intervention would have circumvented the genocide in Rwanda or stopped the Janjaweed in Darfur, would I choose pacifism? Of course not. Scott Simon, the reporter for National Public Radio and a committed lifelong Quaker, has written that it took looking into mass graves in former Yugoslavia to convince him that force is sometimes the only option to deter our species' murderous impulses.

While we're on the subject of the horrors of war, and humanity's most poisonous and least charitable attributes, let me not forget to mention Barbara Bush (that would be former First Lady and presidential mother as opposed to W's liquor-swilling, Girl Gone Wild, human ashtray of a daughter. I'm sorry, that's not fair. I've no idea if she smokes.) When the administration censored images of the flag-draped coffins of the young men and women being killed in Iraq - purportedly to respect "the privacy of the families" and not to minimize and cover up the true nature and consequences of the war - the family matriarch expressed her support for what was ultimately her son's decision by saying on Good Morning America on March 18, 2003, "Why should we hear about body bags and deaths? I mean it's not relevant. So why should I waste my beautiful mind on something like that?"

Mrs. Bush is not getting any younger. When she eventually ceases to walk among us we will undoubtedly see photographs of her flag-draped coffin. Whatever obituaries that run will admiringly mention those wizened, dynastic loins of hers and praise her staunch refusal to color her hair or glamorize her image. But will they remember this particular statement of hers, this "Let them eat cake" for the twenty-first century? Unlikely, since it received far too little play and definitely insufficient outrage when she said it. So let us promise herewith to never forget her callous disregard for other parents' children while her own son was sending them to make the ultimate sacrifice, while asking of the rest of us little more than to promise to go shopping. Commit the quote to memory and say it whenever her name comes up. Remind others how she lacked even the bare minimum of human integrity, the most basic requirement of decency that says if you support a war, you should be willing, if not to join those nineteen-year-olds yourself, then at least, at the very least, to acknowledge that said war was actually going on. Stupid fucking cow.”
― David Rakoff, Don't Get Too Comfortable: The Indignities of Coach Class, The Torments of Low Thread Count, The Never-Ending Quest for Artisanal Olive Oil, and Other First World Problems

Polls voted on by Joey