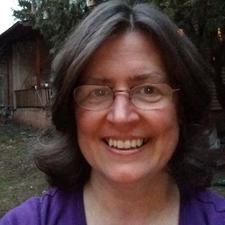 This will prevent Valerie from sending you messages, friend request or from viewing your profile. They will not be notified. Comments on discussion boards from them will be hidden by default.
Sign in to Goodreads to learn more about Valerie.

Valerie Jacobsen is currently reading
The Complete Psammead Trilogy: Five Children and It, The Phoenix and the Carpet, The Story of the Amulet
by E. Nesbit
bookshelves: currently-reading

“As his counterpart, the woman completes or fills out a man's life, making him a larger person than he could have been alone, bringing into his frame of reference a new feminine dimension from which to view life that he could have known in no other way. Then, too, he also brings to his wife a masculine perspective that enlarges her life, making her a fuller, more complete person than she could have been apart from him. This marriage union by covenant solves the problem of loneliness not merely by filling a gap, but by overfilling it. More than mere presence is involved. The loneliness of mere masculinity or femininity is likewise met.”
― Jay Adams
6 likes

Polls voted on by Valerie