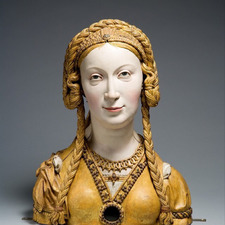 This will prevent landon from sending you messages, friend request or from viewing your profile. They will not be notified. Comments on discussion boards from them will be hidden by default.
Sign in to Goodreads to learn more about landon.

See all 4 books that landon is reading…

“What I need now is stories, it took me a long time to know that, and I'm not sure of it.”
― Samuel Beckett, Molloy
10 likes

“Am I a good person? Deep down, do I even really want to be a good person, or do I only want to seem like a good person so that people (including myself) will approve of me? Is there a difference? How do I ever actually know whether I'm bullshitting myself, morally speaking?”
― David Foster Wallace, Consider the Lobster and Other Essays
tags: ethics, happyness, morality
730 likes

“He did not consider himself wise, but he could not help knowing that he was more intelligent than his wife or Agafya Mikhailovna, and he could not help knowing that when he thought about death, he thought about it with all the forces of his soul. He also knew that many great masculine minds, whose thoughts about it he had read, had pondered death and yet did not know a hundredth part of what his wife and Agafya Mikhailovna knew about it. Different as these two women were...they were perfectly alike in this. Both unquestionably knew what life was and what death was, and though they would have been unable to answer and would not even have understood the questions that presented themselves to Levin, neither had any doubt about the meaning of this phenomenon and looked at it in exactly the same way, not only between themselves, but sharing this view with millions of other people. The proof that they knew firmly what death was lay in their knowing, without a moment's doubt, how to act with dying people and not being afraid of them. While Levin and others, though they could say a lot about death, obviously did not know, because they were afraid of death and certainly had no idea what needed to be done when people were dying. If Levin had been alone now with his brother Nikolai, he would have looked at him with horror, and would have waited with still greater horror, unable to do anything else.”
― Leo Tolstoy, Anna Karenina
1 likes

“If you can think of times in your life that you’ve treated people with extraordinary decency and love, and pure uninterested concern, just because they were valuable as human beings. The ability to do that with ourselves. To treat ourselves the way we would treat a really good, precious friend. Or a tiny child of ours that we absolutely loved more than life itself. And I think it’s probably possible to achieve that. I think part of the job we’re here for is to learn how to do it”
― David Foster Wallace
272 likes

“In the morning there is meaning, in the evening there is feeling.”
― Gertrude Stein, Tender Buttons
tags: life
173 likes

Hurry Up and Release It!!!

Polls voted on by landon