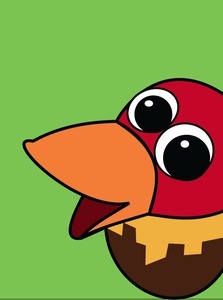 This will prevent Viktor from sending you messages, friend request or from viewing your profile. They will not be notified. Comments on discussion boards from them will be hidden by default.
Sign in to Goodreads to learn more about Viktor.

See all 5 books that Viktor is reading…

“The troubled middle is…a place where it’s possible to truly love animals and still accept their occasional role as resources, objects, and tools. Those of us in the troubled middle believe that animals deserve to be treated well, but we don’t want to ban their use in medical research. We care enough to want livestock to be raised humanely, but don’t want to abandon meat-eating altogether. ‘Some argue that we are fence-sitters, moral wimps,’ Herzog, himself a resident of the troubled middle, writes. ‘I believe, however, that the troubled middle makes perfect sense because moral quagmires are inevitable in a species with a huge brain and a big heart. They come with the territory.”
― Emily Anthes, Frankenstein's Cat: Cuddling Up to Biotech's Brave New Beasts
4 likes

Polls voted on by Viktor