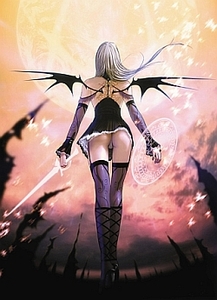 This will prevent Carlton from sending you messages, friend request or from viewing your profile. They will not be notified. Comments on discussion boards from them will be hidden by default.
Sign in to Goodreads to learn more about Carlton.

“A song she heard
Of cold that gathers
Like winter's tongue
Among the shadows
It rose like blackness
In the sky
That on volcano's
Vomit rise
A Stone of ruin
From burn to chill
Like black moonrise
Her voice fell still...”
― Robert Fanney

“You or I might think that at least one would show courage and put up a fight. But neither you nor I have suffered as they, and even we have born witness in silence to lesser ills under less dire threat. Yet, in the face of evil, to sit silent is an even greater evil. Complacency is ever the enabler of darkest deeds;”
― Robert Fanney
tags: complacency, courage, enablement, evil, fantasy, fight, heroism, suffering, threat
75 likes

“They have not forgotten the Mysteries,' she said, ‘they have found them too difficult. They want a God who will care for them, who will not demand that they struggle for enlightenment, but who will accept them just as they are, with all their sins, and take away their sins with repentance. It is not so, it will never be so, but perhaps it is the only way the unenlightened can bear to think of their Gods.'

Lancelot smiled bitterly. ‘Perhaps a religion which demands that every man must work though lifetime after lifetime for his own salvation is too much for mankind. They want not to wait for God's justice but to see it now. And that is the lure which this new breed of priests has promised them.'

Morgaine knew that he spoke truth, and bowed her head in anguish. ‘And since their view of a God is what shapes their reality, so it shall be–the Goddess was real while mankind still paid homage to her, and created her form for themselves. Now they will make for themselves the kind of God they think they want–the kind of God they deserve, perhaps.'

Well, so it must be, for as man saw reality, so it became.”
― Marion Zimmer Bradley, The Mists of Avalon
tags: goddess, religion, salvation
93 likes

“Someone smashed a flutterfler and without even thinking she touched her Stone and used Wyrd to piece its broken body back together. She filled its empty vessels with dreams and it became the stuff it used for blood. It brushed her cheek with its wings, then flew off -- dancing in the hot air.”
― Robert Fanney
tags: dreams, fantasy, healing, luthiel, magic, wyrd
46 likes

“How can I judge?" she said at last. "To me, he is a hero. To the world a monster." She let her head fall into her arms and started crying quietly. "I miss him! Curse him! I miss him!"

Mithorden put a hand on her shoulder and let her cry for a few minutes. A sad smile slowly spread across his face. "I'm glad you can forgive him," he said at last.

Luthiel lifted her head. "How do you know?"

Marion Zimmer Bradley
author of: The Mists of Avalon

Robert Fanney
author of: Dreams of the Ringed Vale

Polls voted on by Carlton