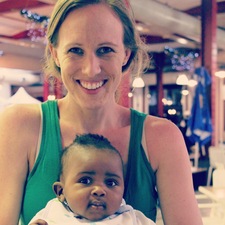 This will prevent Susan from sending you messages, friend request or from viewing your profile. They will not be notified. Comments on discussion boards from them will be hidden by default.
Sign in to Goodreads to learn more about Susan.

Susan is currently reading
Maybe You Should Talk to Someone: A Therapist, Her Therapist, and Our Lives Revealed
by Lori Gottlieb (Goodreads Author)
bookshelves: currently-reading

Susan is currently reading
Brown V. Board of Education: A Civil Rights Milestone and Its Troubled Legacy
by James T. Patterson
bookshelves: currently-reading

Susan said: " Found this at a library book sale.

Chapter 1: Race and the Schools Before Brown

Highlight: 3 cases the NAACP argued before the Supreme Court and won

Found this at a library book sale.

Chapter 1: Race and the Schools Before Brown

Highlight: 3 cases the NAACP argued before the Supreme Court and won

1 Lloyd Gaines: graduate in 1935 of Missouri’s state-supported black college, Lincoln University, who then applied for admission to the University of Missouri Law School. The university refused, rejecting him solely on the grounds of his race. It offered instead to set up a separate “law school” for him at Lincoln or to pay any tuition in excess of what he would’ve been charged if he had enrolled at the University of Missouri, so that he might attend a law school in an adjacent state that would take him. At the time, law schools in Kansas, Nebraska, Iowa, and Illinois accepted out-of-state black graduates. Refusing to tolerate such an arrangement, Gaines sued to compel the University of Missouri to admit him...
In December 1938, the Supreme Court decided, six to two, in Gaines’s favor...
But Missouri then began to set up what was plainly an ill-funded, inferior law school for blacks, thereby forcing the NAACP to resume the fight. At this point, early in 1939, Gaines simply disappeared from view, never to surface again...the NAACP no longer had a plaintiff and had to drop its efforts.

2 Heman Sweatt: a Houston mail carrier who had been rejected on racial grounds in 1946 when he sought admission to the state’s all-white law school. Instead, the state set up a poorly supported “law school” for blacks in a basement. Sweatt fought back, not only against the state of Texas but also, over time, against briefs filed in support of Texas by 11 southern and border states. After litigation in four different courts, Marshall pleaded his case before a packed Supreme Court chamber in April 1950. In June the Supreme Court held unanimously that it could not “find substantial equality in the educational facilities offered white and Negro law students by the state.” Because Sweatt had no chance of an equal legal education in the state’s pathetically inadequate law school for blacks, he was ordered admitted to the University of Texas Law School. This was the first time that the Court had told a state to admit a black person to an-all white educational institution.

3 George McLaurin: A sixty-eight-year-old black teacher who had applied in 1948 to get a doctorate in education at the all-white University of Oklahoma. The state reluctantly admitted him in 1949 but forced him to remain in an anteroom off the regular classrooms where coursework was given. In the library he was made to sit at a segregated desk behind a pile of newspapers in the mezzanine. In the cafeteria he had to eat in a dingy alcove by himself and at a different hour from the whites. McLaurin testified that it was “quite strange and humiliating to be placed out in that position, and it handicaps me in doing effective work. The Court agreed. It decided unanimously that Oklahoma’s actions “impair and inhibit his ability to study, to engage in discussion and exchange views with other students, and, in general, to learn his profession.”

Highlight: the five suits known collectively as Brown v. Board of Education

1 Clarendon County, SC
Briggs v. Elliot
Demanded equal treatment in transportation, buildings, teachers’ salaries, and educational materials
During the school year 1949-1950, Clarendon County spent $149 per white child in the public schools, as opposed to $43 for each black child...The schools for whites were generally built of brick or stucco and enjoyed abundant teaching supplies. More than half of those for blacks were ramshackle shanties in which one or two teachers had only the most rudimentary instructional materials.
Findings of District 22 school inspections: One of the two “colored” grade schools lacked running water; the other had no electricity. Both white schools had flush toilets, but the three black schools had none—only outhouses. The black schools had no janitorial services—cleanup was a chore for black teachers and the children. Pupils at these schools got their drinking water not from fountains, as in the white schools, but from dippers in open buckets. The black schools did without auditoria, gymnasia, and instruction in the arts. One of them lacked desks. And the black children still had no school buses. Whitehead discovered that two six-year-old first-graders walked a round-trip of ten miles each day to get to school.

2 Prince Edward County, Virginia
Barbara Johns, a sixteen-year-old junior at Moton High in 1950, led 450 students in a strike. While many of the students still hoped for a new school, Johns quickly made it clear that her goal was desegregation...The strike lasted two weeks, by which time two lawyers from the Fund had agreed to come to their aid.
Worried by the threat of litigation, the local school board applied for and received $600,000 from the state to build a new high school for blacks. It was slated to open (and did) in September 1953.But this decision was too little and too late for the students...On May 23, a month after Johns had called the strike, Robinson and Hill brought suit. ...more "

“He is no fool who gives what he cannot keep to gain that which he cannot lose.”
― Jim Elliot
tags: christianity
473 likes

“Unless someone like you cares a whole awful lot,
Nothing is going to get better. It's not.”
― Dr. Seuss, The Lorax
tags: activism
8696 likes

“Alexa and the other guests, and perhaps even Georgina, all understood the fleeing from war, from the kind of poverty that crushed human souls, but they would not understand the need to escape from the oppressive lethargy of choicelessness. They would not understand why people like him who were raised well fed and watered but mired in dissatisfaction, conditioned from birth to look towards somewhere else, eternally convinced that real lives happened in that somewhere else, were now resolved to do dangerous things, illegal things, so as to leave, none of them starving, or raped, or from burned villages, but merely hungry for for choice and certainty.”
― Chimamanda Ngozi Adichie, Americanah
tags: african-authors, immigration, nigeria, race
150 likes

Garth Stein
author of: The Art of Racing in the Rain

Carol Jago
author of: With Rigor for All: Meeting Common Core Standards for Reading Literature

Jhumpa Lahiri
author of: The Namesake

Lionel Shriver
author of: We Need to Talk About Kevin
More…

Must Read YA Fiction!

Polls voted on by Susan